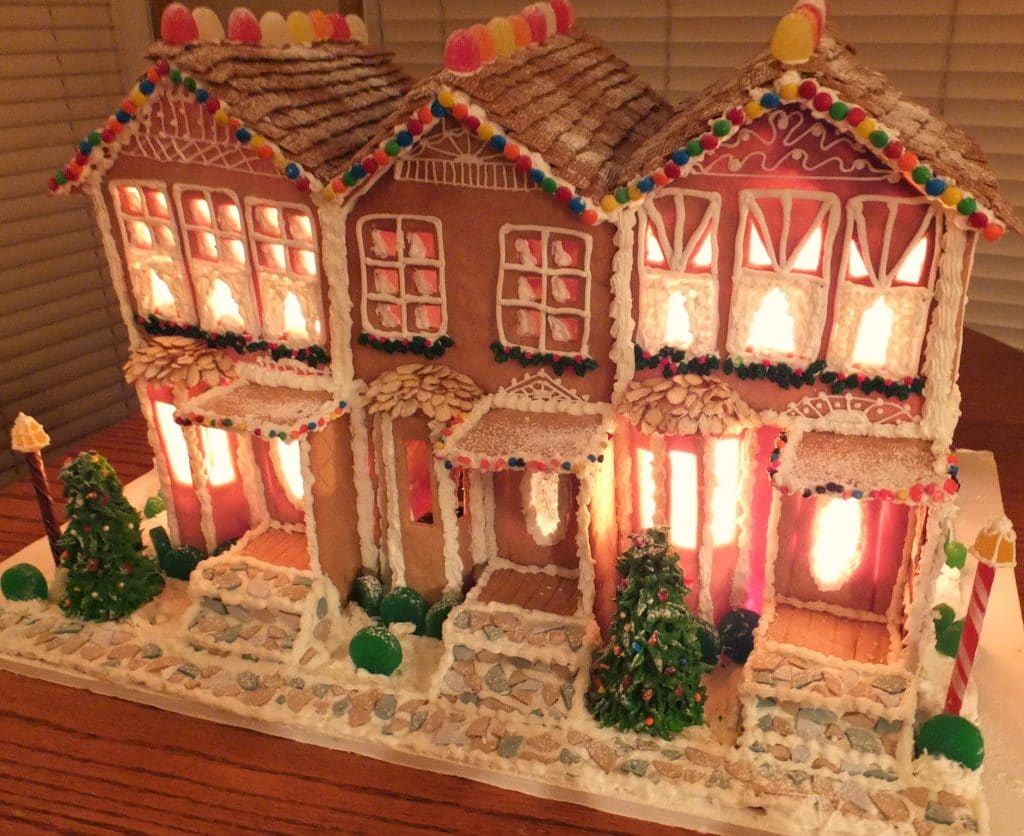 To Eat or Not to Eat. That is the question...

I have a bucket list. Well, it’s not actually a list, not like one that’s written out or anything. Nor is it in any particular order of significance. Okay, what I really have is a bunch of random thoughts,  about stuff I want to do, floating around in my head. Or I should say, stuff I hope to do before I leave this world. I'm assuming that most people over the age of forty have something similar.

Middle age is the great motivator. The clarity of consciousness that strikes so unexpectedly-a bleak reminder of our precious and limited time on this earth. The days and years begin to grow shorter, less assured, edging us closer to oblivion, spurring the ghostly realization, ‘oh crap, I’m not going to be here forever-I better get some of this stuff done!”.

If you have ever had the pleasure of visiting The Fairmont Banff Springs hotel in Banff, Alberta around Christmas time, you would likely have come upon the spectacular gingerbread house they have on display, a stunning replica of the hotel itself.  This was on my bucket list. For years, I had admired that giant cookie house, silently pledging to myself, "I will do something like that one day”. 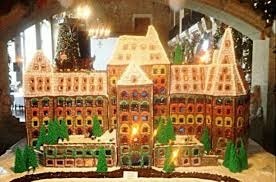 The time had come:

So one cold and snowy November long weekend, I had four days off work and figured that building an enormous gingerbread house would be the perfect way to while away that time. As a cake decorator, I regularly take on complex decorating projects, but this would be the ultimate. After selecting the most complicated gingerbread house pattern possible (although I cannot even follow a ‘very easy’ sewing pattern),  I began to cut, mix, bake and glue. I burnt pieces, broke pieces, glued them upside down, had all my windows fall out (after I put on the roof- doh!), among other serious structural issues, not to mention the challenge of managing two eager kids “wanting to help” (which I had promised they could do). Though, I really didn’t even know what I was doing. I had only ever successfully made one other gingerbread house (about ⅙ the size of this one). And here it is: 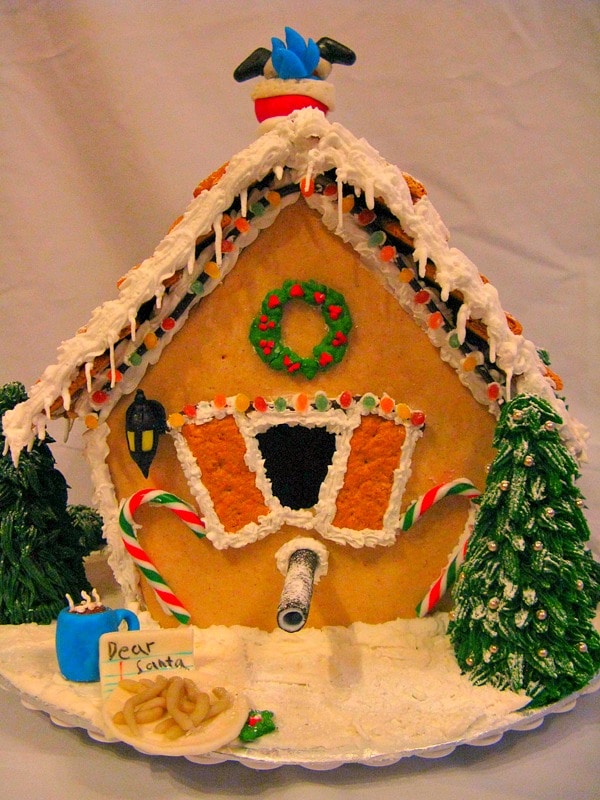 Now I clearly do not understand the physics behind it, but somehow this monstrosity held together and stood upright. I was elated! I even managed to cover up the burnt pieces, the patched together walls, the candy mishaps and fix the broken windows. That is the beauty of food art – smoke and mirrors . 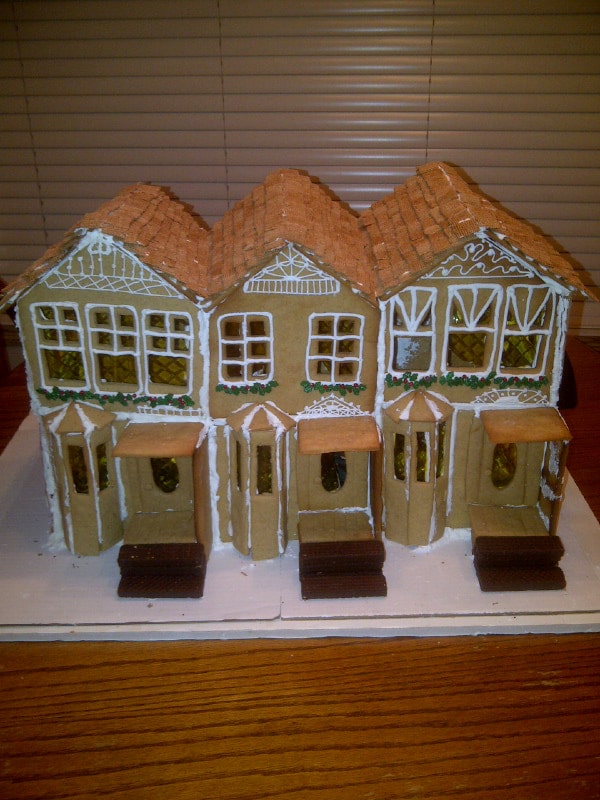 I had never really thought past the building of it. I guess it was such a monumental task, one I was doing it with my 6 and 8 year old kids, that I figured we might not even get through it, much less thinking ahead to what would come next.

But there it stood, in all its sweet, delicious glory! It was enormous, it was beautiful and it was upright! So I did what any artist would do next. I lit it up, admired it, posted it on social media and then admired it some more. Then I let it sit there for anyone else who happened to come by, to admire. And it really did make my home look oh so festive.

Then the holidays ended. With the tinsel and ornaments returned to their storage boxes,  so came the question: To eat or not to eat? I have always believed that gingerbread houses were meant to be eaten.  And I really had nowhere to store it anyway.  Yet, the very thought of this pained me.

I am a cake decorator so the concept of having my work destroyed is not new to me. I have spent countless hours constructing elaborate and beautiful cakes, only to see them obliterated by the mouths hungry party goers. I even pride myself on constructing all components of a cake so that it is completely edible. There was not one item on that entire gingerbread street that wasn’t eligible for human consumption.  It was built to be eaten. So, why the anguish? Why was a gingerbread house any different than a cake? The only difference was that it was made of cookie, right?

Other people eat and enjoy your cake at parties. They are the destroyers. And parties are happy occasions. Now I was the one that had to demolish it- BEFORE it even got eaten. And there wasn't any party. I tried to tell myself it was just like taking down the Christmas tree- just a little depressing. Only that it wasn’t; it was much worse.

So I painstakingly embarked on the miserable task of tearing it down- alone. Then I threw all responsible parenting aside, let my kids consume far too much of it, and proceeded to ride the sugar wave for days. Still left with an obscene amount of gingerbread, staring at it broken into pieces and bagged was almost too much to bear. 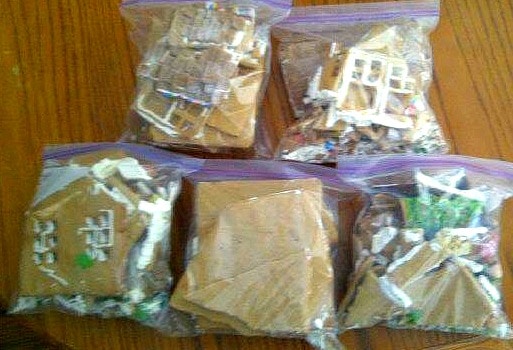 I gave most of it away to gingerbread lovin' folks and eventually it was all gone – not a trace left (aside from a photo) of all that work. But I had gotten what I wanted, hadn’t I? I had achieved success!  I had built an enormous gingerbread house, one that I could be proud of, one that even rivalled the Banff Springs hotel's gingerbread house. And I had scored some serious quality kid time taboot.  I also got to tick off another imaginary box on that bucket list, never again having to look longingly at someone else’s giant gingerbread house.

In the end I learned that if you build a giant gingerbread house you will feel a sense of accomplishment, admire it, hope other people admire it and then you will agonize over breaking it apart and you will grieve. But it will be eaten. When you choose food as your artistic medium, this is something that you have to accept. However hard you worked, however beautiful it is, it is still food. And food is meant to be eaten.

I also concluded that bucket lists are better left as abstract, vague and most importantly, flexible entities.  In my case it's advantageous not to write it out. Because if it's written down,  it becomes like those 'goals’-you know, the kind you are committed to.  Hey, up until fairly recently, I had ‘run a marathon’ on my bucket list. And I really don’t think I need to do that any more. Anyway, I will be far too busy creating food art in the precious time I have left!

If you like this gingerbread house, PIN IT for later! 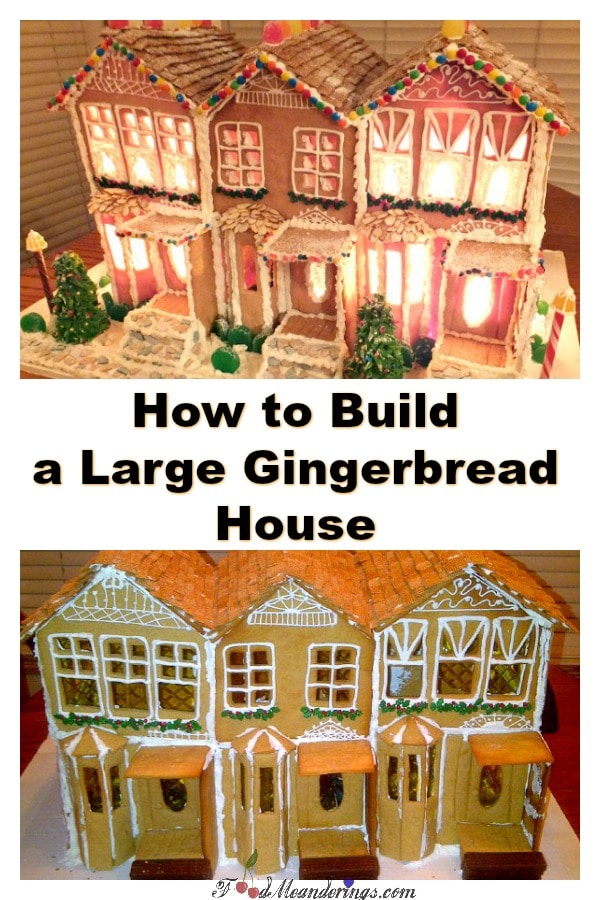