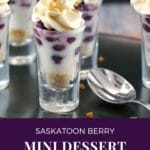 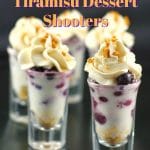 She sent out long emails, detailing almost every aspect of their lives; the travelling (where they went, whom they visited, where they were going next), upcoming specialist appointments, and treatment options. But she never once mentioned the word cancer.  Nor did she ever say that everything would be okay -that Uncle Garry was going to be okay. I ached to read those words.

Instead, she wrote things like, “we have to enjoy these things now because you never know what the future holds...."

But  I  have to say that admired her for that; for all of it – composing what must have felt like endless updates, forced to immerse herself in every last painful detail. I guess it made her feel like she was helping – by keeping us all in the loop. And perhaps it was somehow cathartic; her way of coping.

I didn’t even realize that Auntie Sue and Uncle Gary weren’t actually related to me until I was about 10 years old. It was disappointing and I didn't understand it.  I called them Aunt and Uncle, we spent more time with them than many of our blood relatives, we even took many of our summer vacations together, not to mention endless camping trips. There were certainly others I’d much rather not have been related to. But we don't get to pick our relatives.

I decided it really didn't matter- they were family to me, whether we were related by blood or not. And when I got married, Auntie Sue and Uncle Garry were two, of my entire guest list of eighteen, travelling fifteen hours to attend my wedding. My Uncle Gary gave the Toast to the Bride.

Back when I was a kid, on many of our families’ camping trips you would always find Uncle Garry and I out picking Saskatoon berries while the others slept (Read more about those Saskatoon Berry picking adventures here).  Saskatoon picking was simply a part of prairie life.

💭 What are Saskatoon berries and Juneberries?

If you are not familiar with this little gem of a berry, then you may know it by its alias “Juneberry”. A native to Canadian Western provinces,  as well as other parts of North America, the Saskatoon berry ripens in late July/early August. A purply-blue berry, it is actually cousin to the apple, although it looks more like a blueberry (with a nuttier flavour.)

Interestingly,  researchers at Cornell University found that Americans loved the taste of Saskatoon berries, but the name didn't resonate as well as Juneberry. To capitalize on their thirst for the small purple berries, some U.S. marketers started asking Canadian growers to change their labelling, so our illustrious Saskatoon berry gets a name change at the border. In some parts, Saskatoons are also known as Serviceberries.

I am obviously a huge Saskatoon berry fan, as well as a fan of tiramisu,  so I created this shot glass dessert recipe. Although it looks fancy (I just love the way a dessert looks layered in glass) it's really a quick and easy. You can make it in under 30 minutes.

It's a very impressive and elegant looking dessert that is deceptively simple and easy to make! I love the concept of dessert in shot glasses because sometimes you just want a little dessert.

Berries: You can substitute blueberries, blackberries or raspberries

Auntie Sue and Uncle Garry came out West to visit us in the fall that year he got sick. And although everything seemed fine while they were here, the emails continued after they returned home. Then one spring day, another update arrived in my inbox. But this email was different – it did not embody the hope the others had. I realized that I needed to get home that summer.

My trip was planned for early July and I recall telling my Mom that I’d love to be able to make Uncle Garry Saskatoon Berry Pancakes when I got home. That was something special we always did together on our camping trips when I was a kid.  But she only said what I already knew…

"it’s too early for Saskatoons.”

But not long after I arrived home, my Mom got a phone call. Excitedly, she called to me, “Grandma’s on the phone and she has Saskatoons!!!! They were early this year!” I could not believe it… could I really be this fortunate!? Apparently it had been a really weird, wet, warm year; a fluke of nature.

So one beautiful, early July morning, my Uncle Garry and I sat eating Saskatoon berry pancakes together, with the rest of our families, just like we did thirty-five plus years ago. We didn’t talk about our picking adventures (although he did in his speech at my wedding) because didn’t need to. We both knew those berries had no business being in our pancakes that morning and we were eternally grateful they were.

That was the last time I ever saw Uncle Garry. He passed away 2 months later. And I miss him all the time. But I know that eating those Saskatoon pancakes on that early July morning was a gift and I am thankful for those gifts in life. I also believe that the family you get to pick are also a gift. I have been blessed with many of them in my life. And I'm so grateful that we picked Auntie Sue and Uncle Garry to be our family. 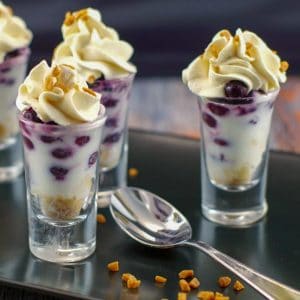