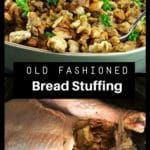 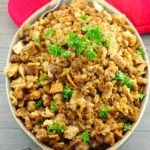 Canadian Thanksgiving is less than 2 weeks away and it got me thinking about Thanksgivings gone by. When I first moved to Alberta,  Thanksgiving was the very first holiday I had to be away from home and it was depressing. 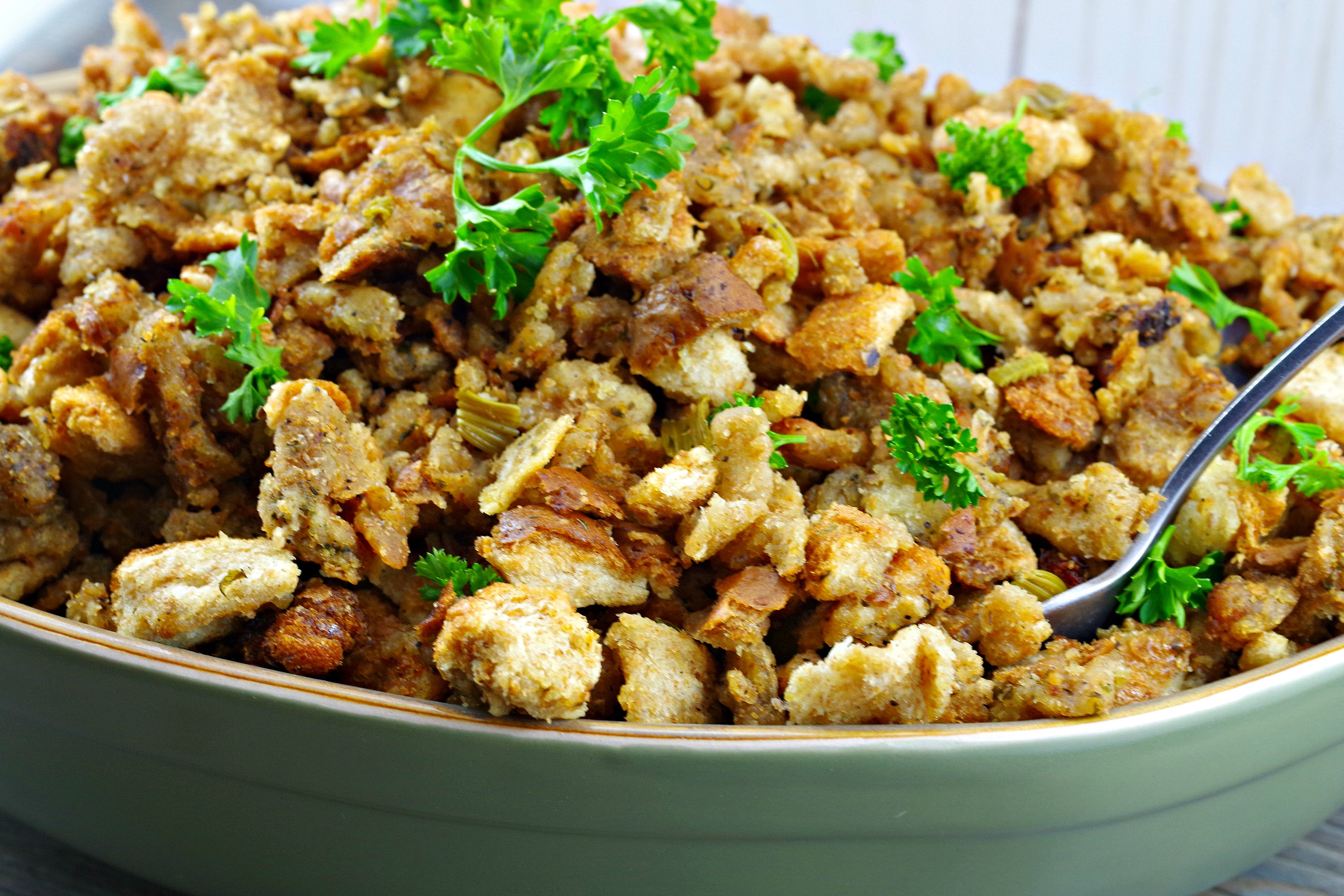 So my sweet parents drove 15 hours, with a turkey (and roaster!) in tow, just so that we didn't have to spend Thanksgiving apart. And since there are some traditions that you just have to have at Thanksgiving, my Mom also made our family's Old Fashioned Bread Stuffing. Unfortunately, there was one important thing I didn't have for the dinner.

Just like Christmas without Butter tarts, Thanksgiving just wouldn't be the same without this stuffing. Turkey, mashed potatoes with gravy and  Pumpkin Pie with whipped cream are also traditional Thanksgiving staples in my world. But my Mashed Turnip & Apple Casserole has also become a beloved tradition for my family. Add some cranberry sauce and veggies (peas are our fave) and you have the PERFECT Thanksgiving dinner!

This is my Grandma's Old Fashioned Bread Stuffing recipe and it's about as old fashioned as you can get. It's the same recipe that my family has been using for generations. I believe it originally came from The Fives Roses Cookbook, which is well over 100 years old. 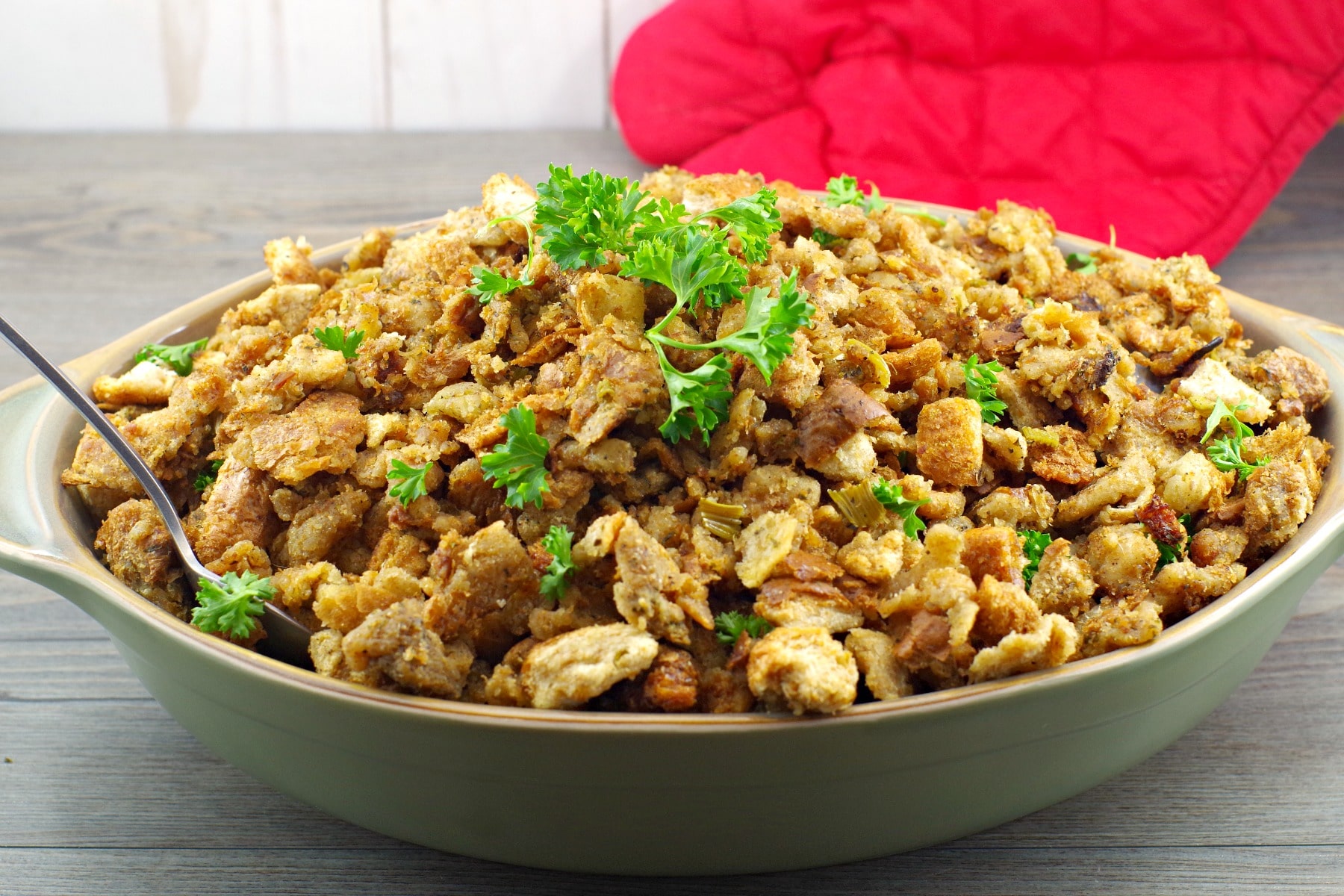 Also known as Savoury Stuffing, this stuffing is straight up traditional. That means it's savory and contains no sweet stuff like apples. Nor is there any sausage or nuts in it.  It's simple and it's pure.

The great thing about this turkey stuffing recipe is that it's sooo easy! You can cook it all in one pot. And you can stuff it into a turkey or you can simply cook it as a side dish. I usually cook some in the turkey and some on the side, then combine them for the perfect combination of texture and flavor. 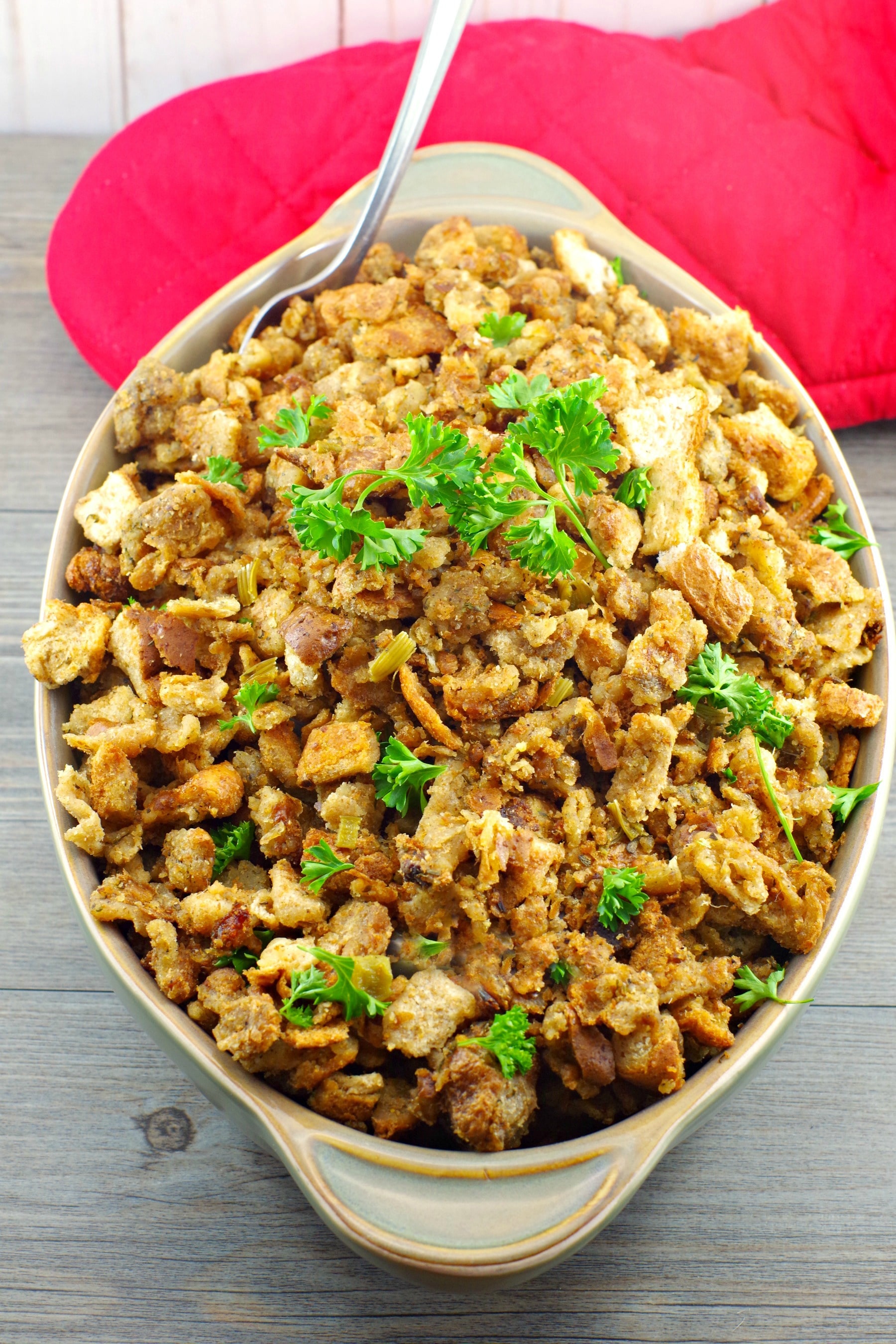 So, aside from bringing the turkey and the roaster, my parents had to run out and buy us a decent knife to actually carve the turkey with. Given the fact that I'd never actually had the need to carve a turkey, nor was I much of a cook at the time, I didn't even own a proper knife. Aside from Thanksgiving Stuffing, a decent knife is definitely another Thanksgiving staple.

So, if you need a proper knife for turkey carving...Here are my Amazon Recommendations (affiliate links)

What tradition can you not live without at Thanksgiving?

You probably have a lot of your own traditions, but if you're looking for some new ones, then check out these Thanksgiving Traditions you will want to steal! 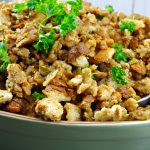 This Old Fashioned Bread Stuffing is straight up traditional. That means it's savory, not sweet. And it's an easy turkey stuffing, containing no sweet stuff like apples and sausage; it's simple and pure.