This Corn Succotash is gluten-free and Weight Watchers friendly! Oh Succotash, where have you been all my life?! Succotash is popular anytime of the year, but especially in the fall at Thanksgiving. It's the perfect side dish for your holiday meal! 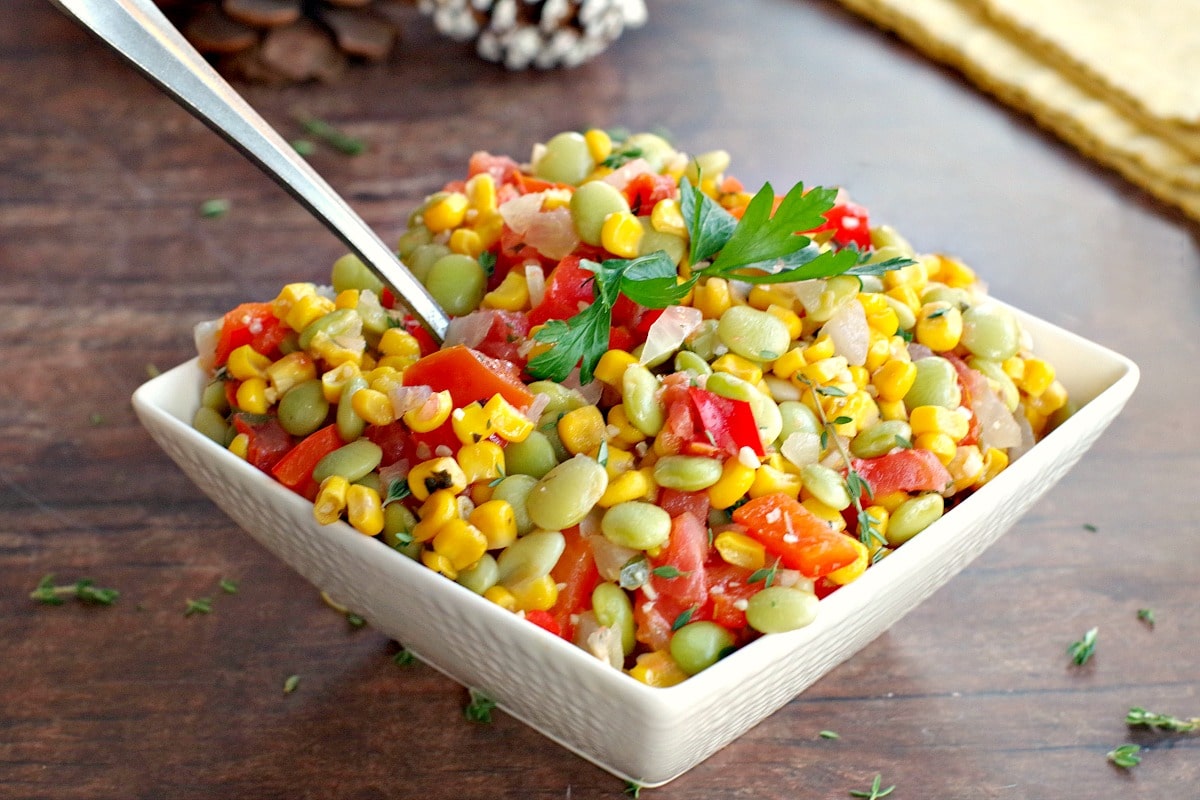 It pairs exceptionally well my main course Gluten-free Slow Cooker Turkey breast with Quinoa Cranberry Dressing. It's also a great way to get the most from your fresh herbs and fresh sweet corn!

Although I love lima beans, truth be told, I had never heard of the dish Succotash until a couple of years ago when I received Anthony Bourdain's "Appetites" cookbook as a birthday present from my husband. Until then, my beloved Sylvester the cat's (a cartoon character from my childhood) lispy Sufferin' Succotash, an expression of annoyance and surprise, was my only exposure to succotash. 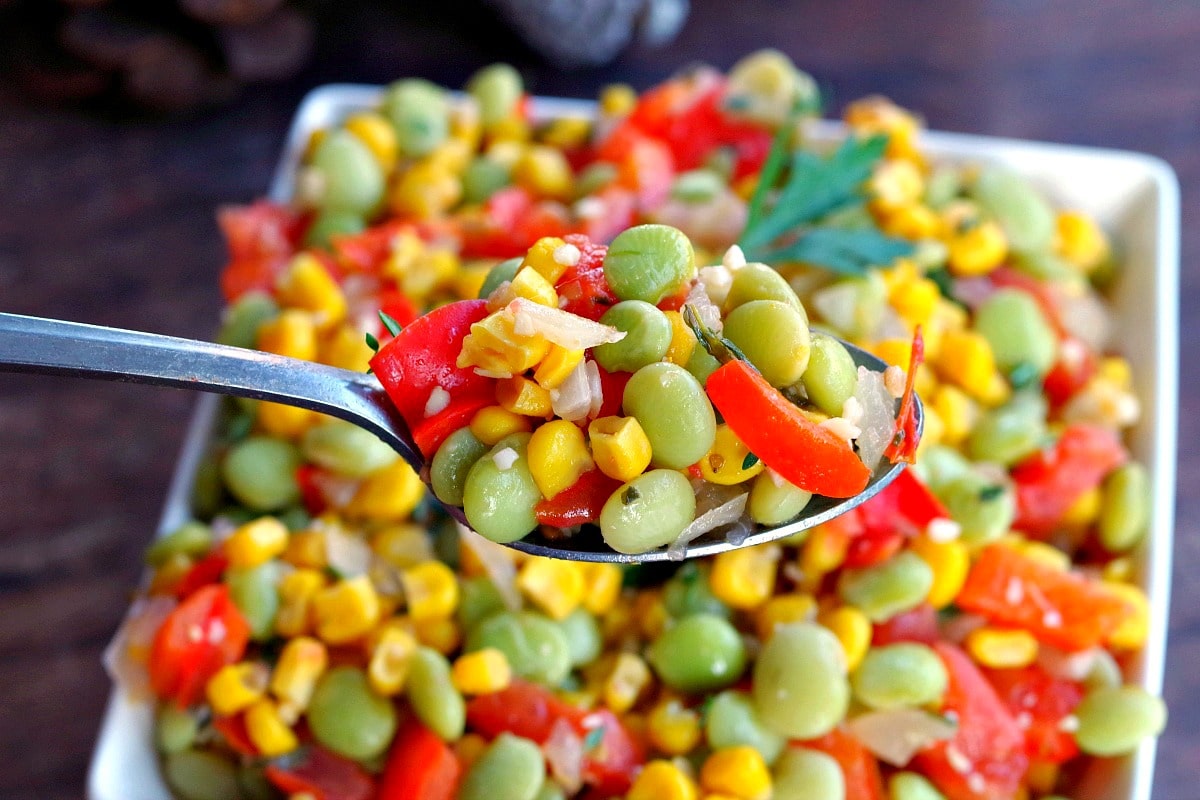 In addition to lima beans, this simple and delicious side dish is made with:

I loved the taste of this succotash so much that I used many of the same flavors for my Corn Stuffed Grilled Peppers!

🍲 Main Dishes to serve with Succotash

This sweet corn succotash recipe serves 10. You can also cut this recipe in half or double or triple it for a bigger group. Just click on the serving size (it's highlighted in blue on the recipe card) and select the number of servings you’d like, and the ingredient amounts will adjust accordingly.

This easy succotash recipe is only 1 WW point on my plan! I get vegetables as a zero point food. Plug the ingredients into the recipe builder on the app to see how many points this is on your plan!

You really only need a medium sized pot (affiliate link) or a deep large nonstick skillet to make this delicious side dish!

Store this corn succotash in an airtight container in the fridge for up to 4 days. These ingredients don't stand up well to freezing.

Whether you use fresh produce from your garden, a farmer's market or the grocery store, or canned or frozen ingredients, this recipe is very versatile. The vibrant colors in this homemade succotash make it the perfect accompaniment to any meal!

Did you make this succotash recipe and LOVE it?! Please leave a 5 star rating and a comment section below! 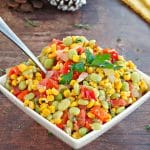 Back to School Recipes

More Back to School Recipes→