I still have this flash back from when I was a kid - it was of a birthday party,  where there was a tray of pigs in a blanket on the table. That's all I remember about it.... I must have been about 7 years old. And I'm really not sure why this particular memory stuck with me, but hey, I'm a foodie and therefore I have a zillion random and vague food memories burned into my psyche.

And since Piggies in a blanket is not something I came across very often as a kid,  it was pretty darn exciting! So, in honor of these little guys, I have made these breakfast French toast roll ups, which I call "French Toast Pigtails" because well, they look like pigs' tails! They are a pigs in a blanket recipe meets French toast roll ups hybrid.

Pigs in a blanket breakfast (with bacon)!

I was working on a Pillsbury contest when I created these and since there isn't much that you can do with wiener wrap dough/pigs in a blanket dough, so I made pigs in a blanket breakfast with bacon, twisted them up, then brushed on a French toast mixture. It really does make the perfect breakfast (especially dipped in whipped cream and syrup)!

I love the flavors of French toast but I don't often make it. Nor have I ever even made pigs in a blanket. Funny, now that I'm a grown up and could have pigs in a blanket whenever I want, it's not something I have ever thought of making, even though I only dreamed of eating it as a kid. Now I have other things to think about - like calories and weight watchers points. Nature can be pretty cruel when it comes to food!

But I have to admit that piggies in a blanket are pretty fun as far as food goes; maybe that was the big attraction as a kid. And French toast roll ups are also FUN! 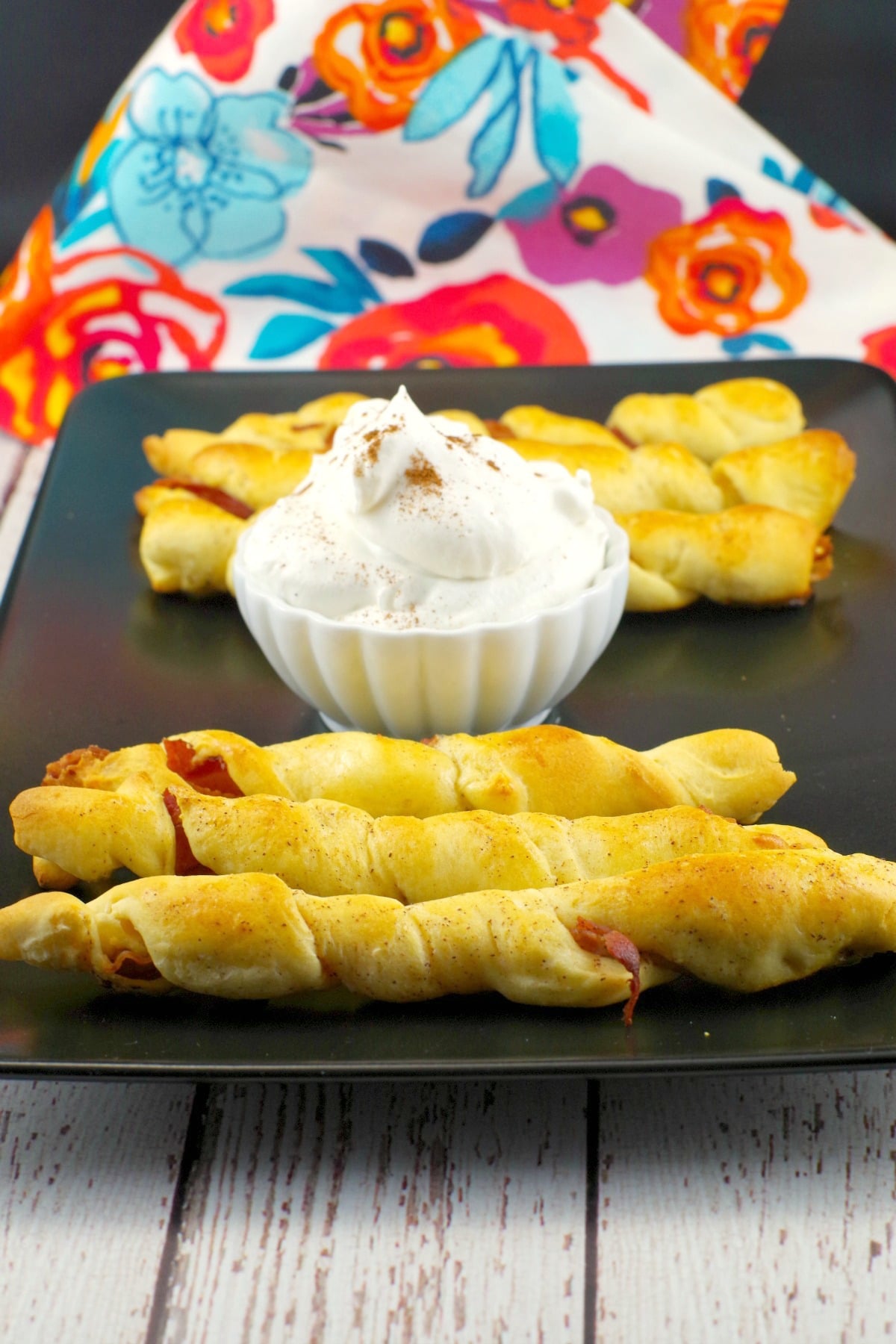 Pigs in a Blanket fun facts:

But I'm not only about fun food, I'm all about food being easy and quick. So that's what I try to do- make stuff that isn't complicated. And this is so very low maintenance; it's a breakfast finger food you can leave it out for the kids to serve themselves at a family breakfast or brunch. Or you can take it along to a breakfast or brunch potluck at work. Because although it's fun for kids and my kids couldn't get enough of these guys, adults love them too!

I still don't come across pigs in a blanket that often - I guess they are considered retro now. But when I do, I still can't help but get excited. Like I said, it's burned into my psyche. And now you can get excited too AND have this homemade breakfast pigs in a blanket! But most importantly, it's perfectly acceptable (we'll just ignore the calories and weight watchers points on this one!)

And if you are looking for more FUN breakfast or brunch finger food for kids, check out my PB & J Breakfast Sandwich! (and see even more breakfast finger foods under the recipe card!) 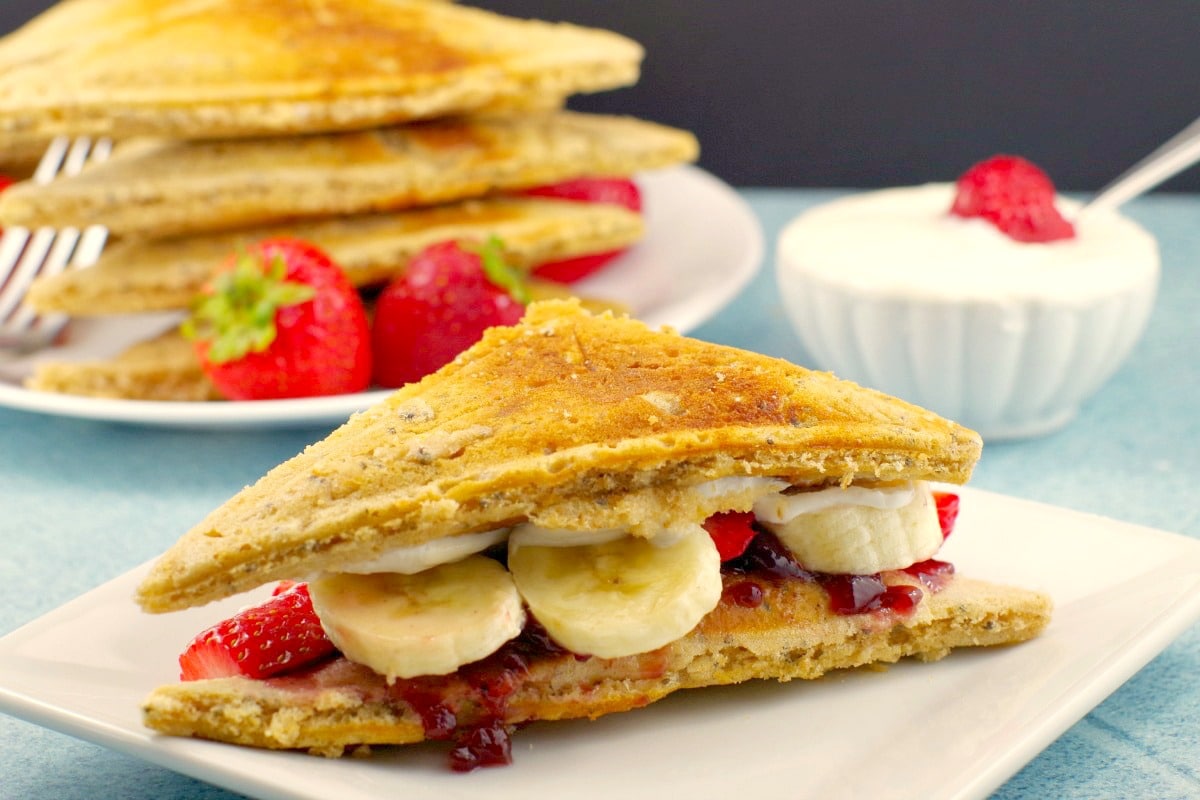 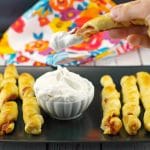 French Toast Pig Tails - A Pigs in a Blanket Breakfast!

This Pigs in a Blanket breakfast is a Piggies in a blanket and French Toast Roll ups hybrid. It is fun, fast and easy! Made with Pillsbury wiener wraps, it's a breakfast finger food you can make ahead and leave out for the kids to munch on.  Perfect for your next family or work breakfast or brunch potluck!
Course Breakfast, brunch
Cuisine American
Keyword French toast roll ups, pigs in a blanket
Prep Time 10 minutes
Cook Time 14 minutes
Total Time 24 minutes
Servings 12 pigtails
Calories 147kcal
Author Terri Gilson
Prevent your screen from going dark