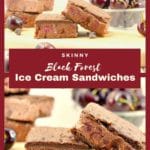 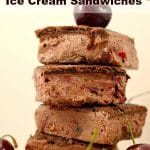 When I was a kid and the ice cream truck came around, I really did try to be adventurous and sample new things. But it was always the ice cream sandwiches I went back to. 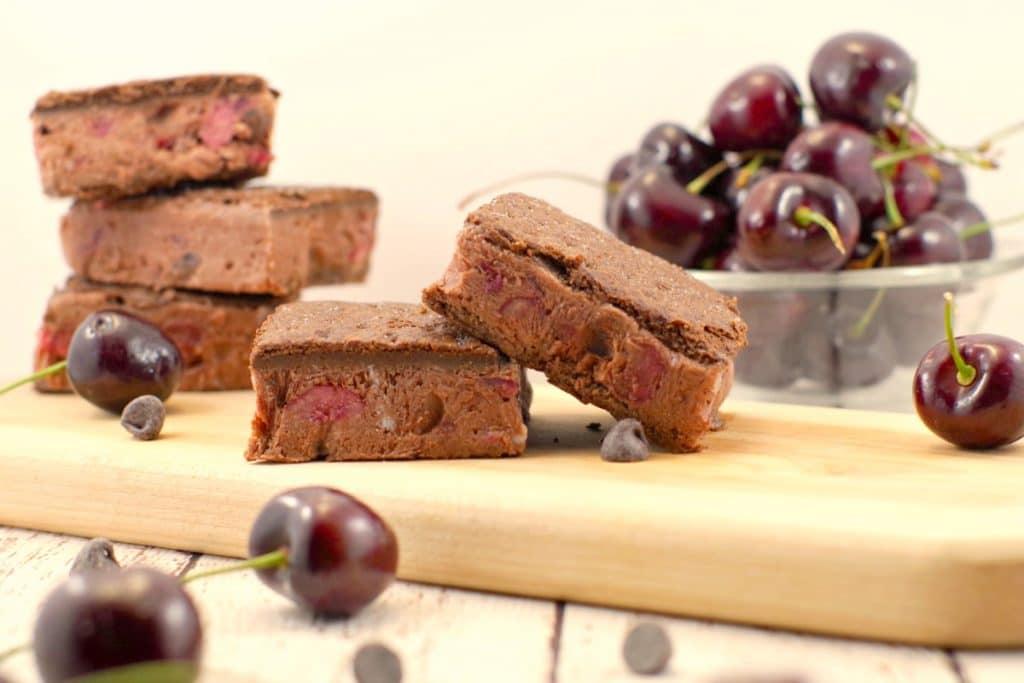 They were just so darn reliably delicious and extremely satisfying! But when you're an adult and following the Weight Watchers program, you don't want to blow all your points on an ice cream sandwich. So I created this Weight Watchers Friendly Black Forest Homemade Ice Cream Sandwich. And these guys are only 3 WW points on the blue plan and also super satisfying!

I had never made my own homemade ice cream sandwiches until I made these... and WOW! Why had I not done this healthy, Weight Watchers version with homemade chocolate frozen yogurt, years ago? They are so easy and completely satisfy both the chocolate and frozen dessert cravings!

Cherries also happen to be my absolute favorite fruit and the long-awaited cherry season is finally here! When it comes to fruit,  I pretty much live for cherry season, so I’m celebrating by putting my fave flavor combination of chocolate and cherry together, nestled in between more chocolate ; just as they were meant to be. 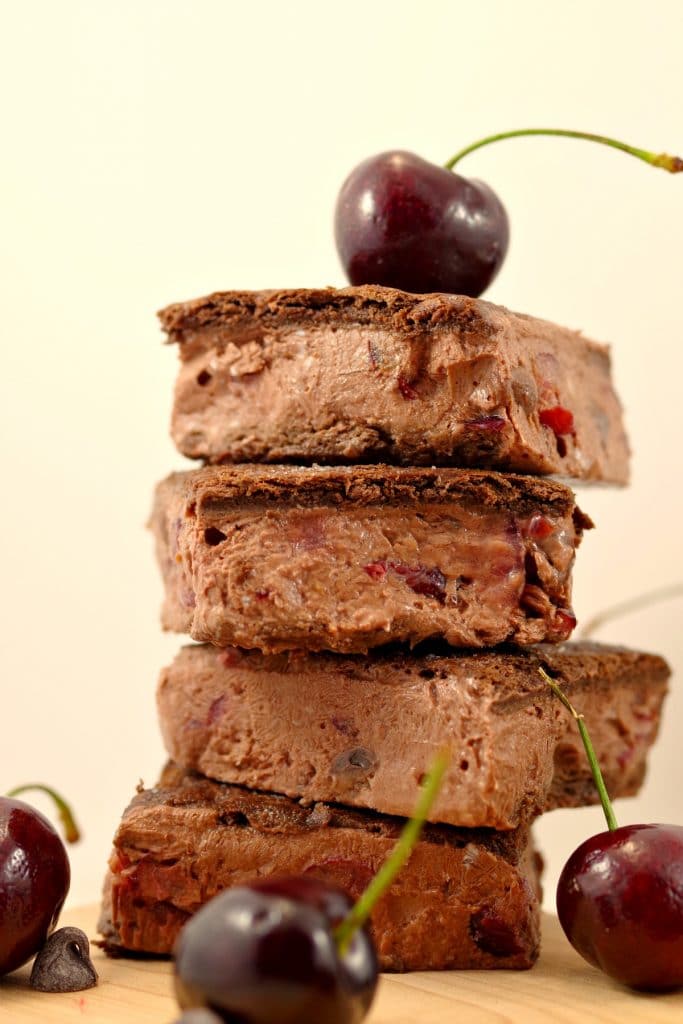 I'll be honest, I love frozen yogurt as much, if not more, than ice cream. So, eating frozen yogurt is not even a sacrifice for me. This recipe was born out of my homemade chocolate yogurt recipe . And the great thing about this skinny ice cream bar recipe is how quick and easy it is! You don’t have to freeze the chocolate yogurt first; you simply spread it in the pan to freeze, then cut it into pieces after it's frozen.

The biggest challenge for me is the rationing of my chocolate graham crackers. Since I have not been able to find them in Canada, I stock up when we head down to the US every summer, then ration them for the entire year! Fortunately, if I got really desperate, I could order some through Amazon (see link in recipe). Either way, they are a fantastic way to get your chocolate fix when you're on Weight Watchers. 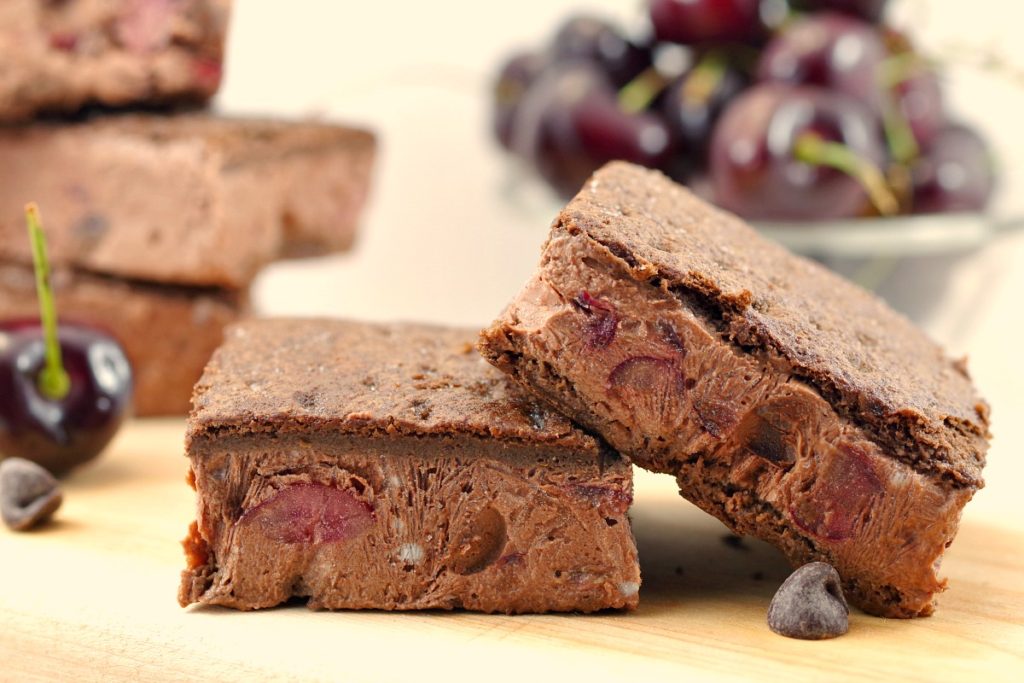 Summertime is for enjoying frozen desserts and just because you're on Weight Watchers, doesn't mean you should be deprived! My Rocky Road Froyo Bark happens to be one of the most popular Weight Watchers frozen dessert recipes on this blog! And again, it's also inspired by this homemade chocolate frozen yogurt (as its base). 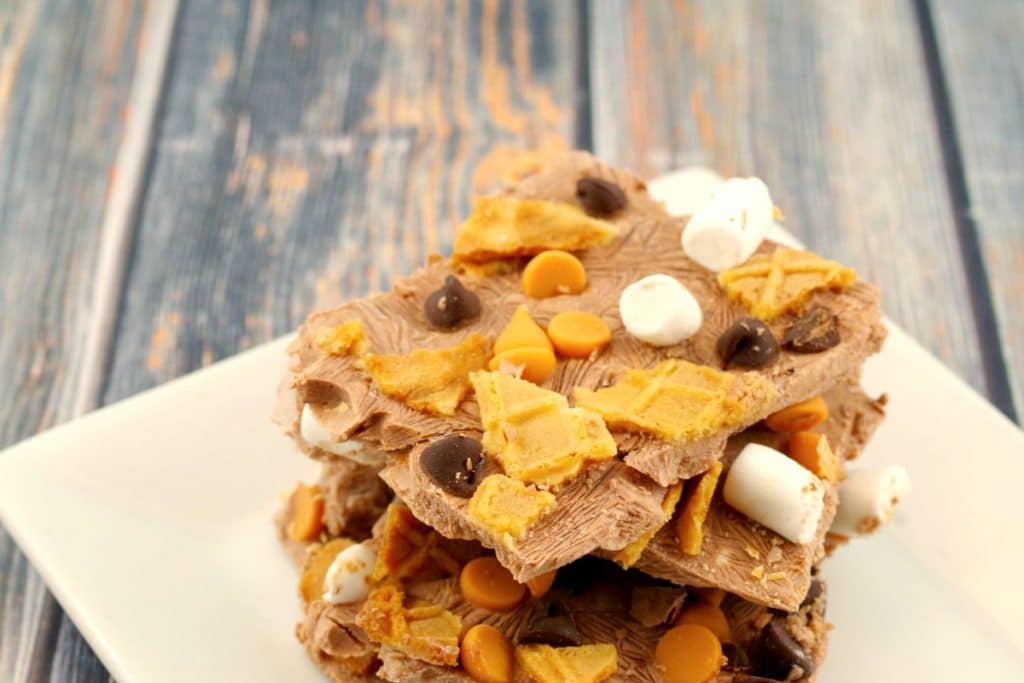 Summer is short so enjoy those frozen desserts while you can! And cherry season is ever shorter, so I would encourage you to make as many of these ice cream sandwiches as possible. They will keep well in the freezer, in a good quality freezer bag, for up to 6 months! So stock up and enjoy... 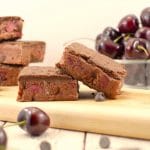 This post is part of The Country Cook Weekend Potluck!