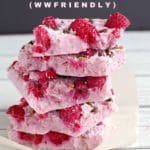 If you love raspberries you are going to LOVE this Raspberry Bliss Frozen Yogurt Bark! 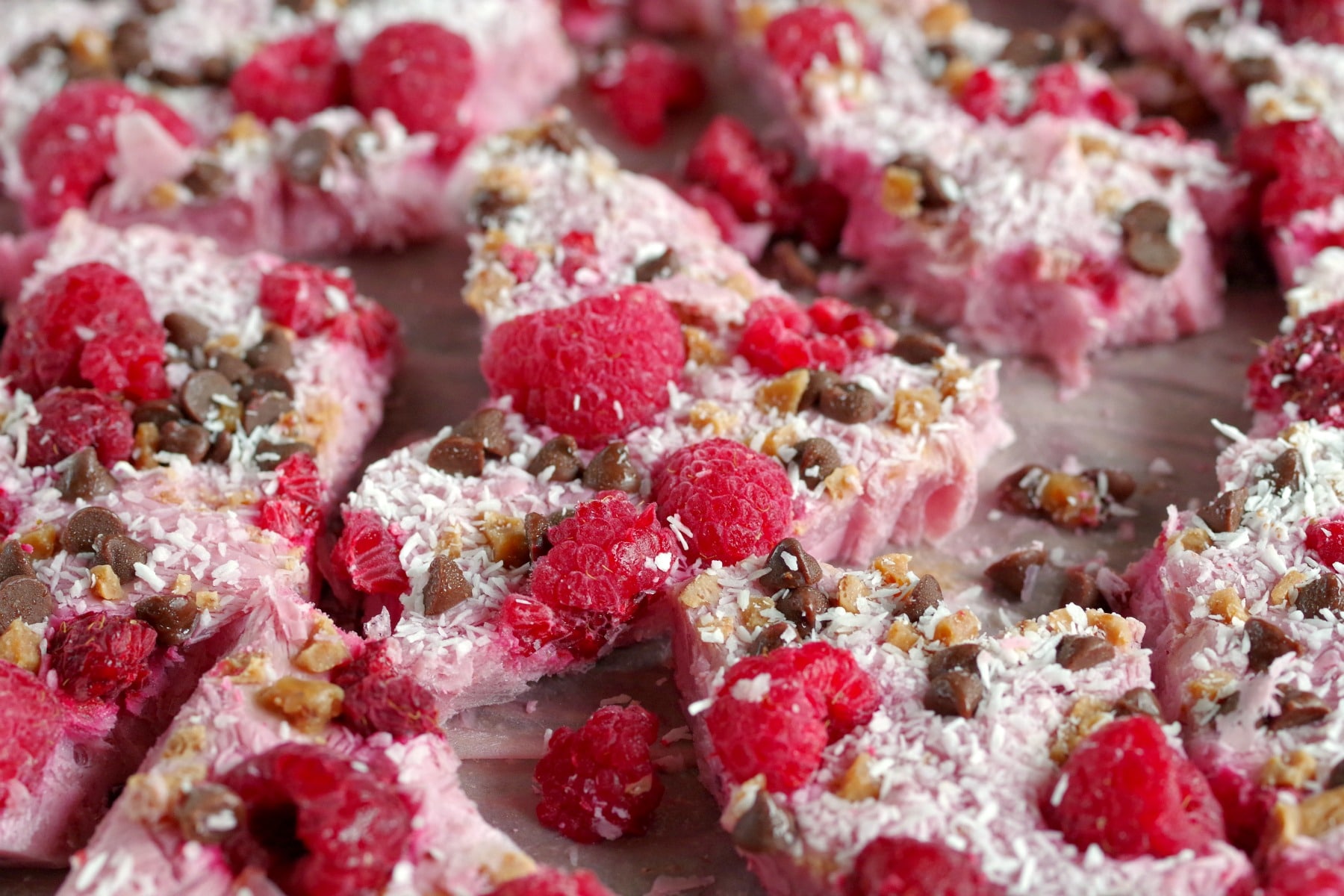 I call it Raspberry Bliss because bliss is what I feel when I bite into this raspberry flavored froyo bark. It’s hard to believe it’s only 2 WW points on the blue plan per piece!

I remember when I first discovered 0% Greek yogurt and non-fat frozen yogurt, it was like, “where have you been all my life?!”  I had some Greek yogurt that was about to expire and frozen yogurt bark was the perfect solution to extend its best before date. My first creation was my WW friendly Rocky Road Froyo Bark.  With froyo bark, you get your frozen treat fix without all the calories. This is definitely my favorite summer treat! 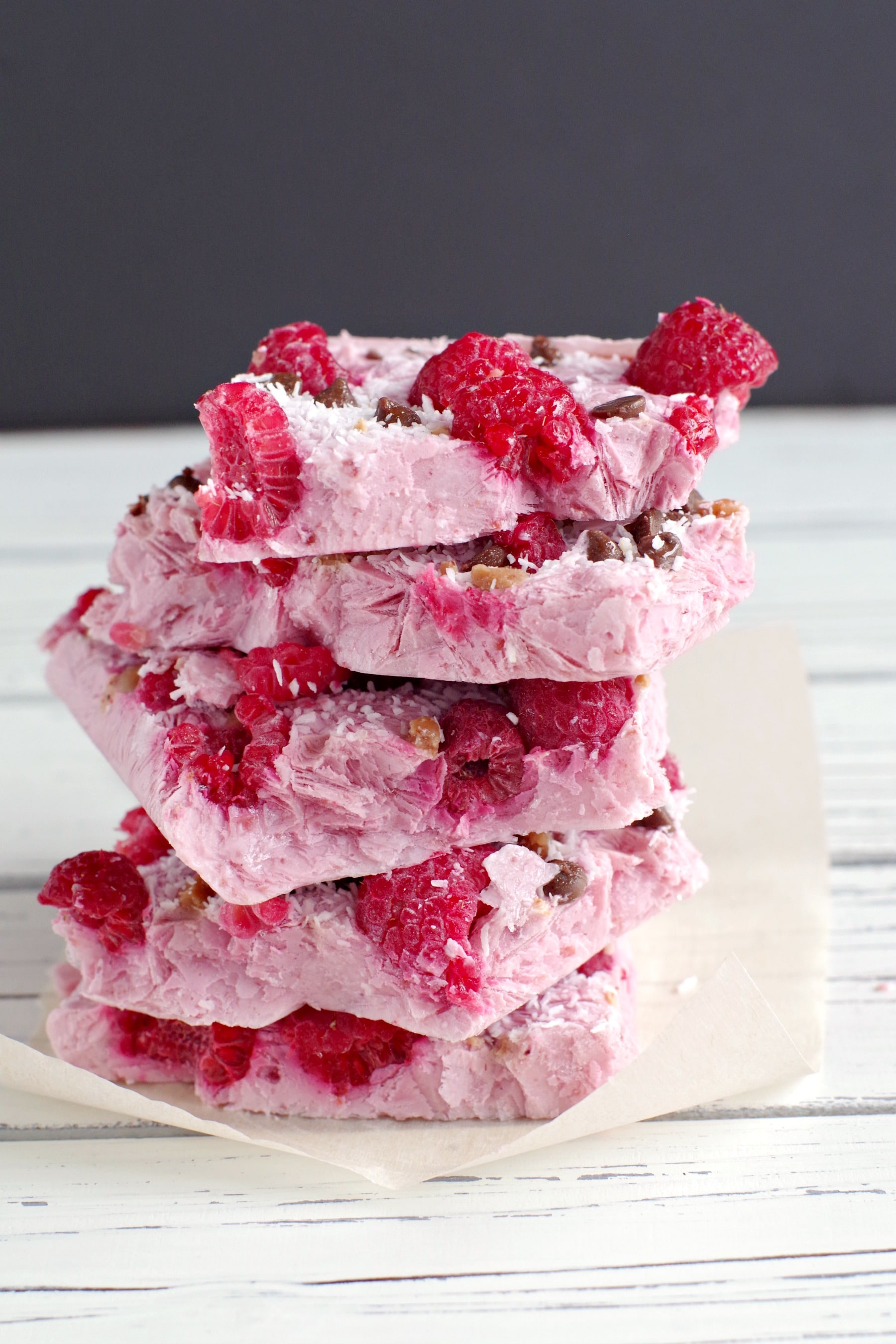 Since I first created this frozen yogurt bark recipe a couple of weeks ago,  I have made it two more times! I can’t seem to get enough (and neither can my daughter) -it really is that good! It’s the perfect frozen treat alternative to ice cream and just as satisfying!

Raspberries are tart and so is this bark, but the sweetness from the chocolate, toffee bits and coconut perfectly balance that flavor. And the texture in this frozen yogurt fruit bark is like a party in your mouth! 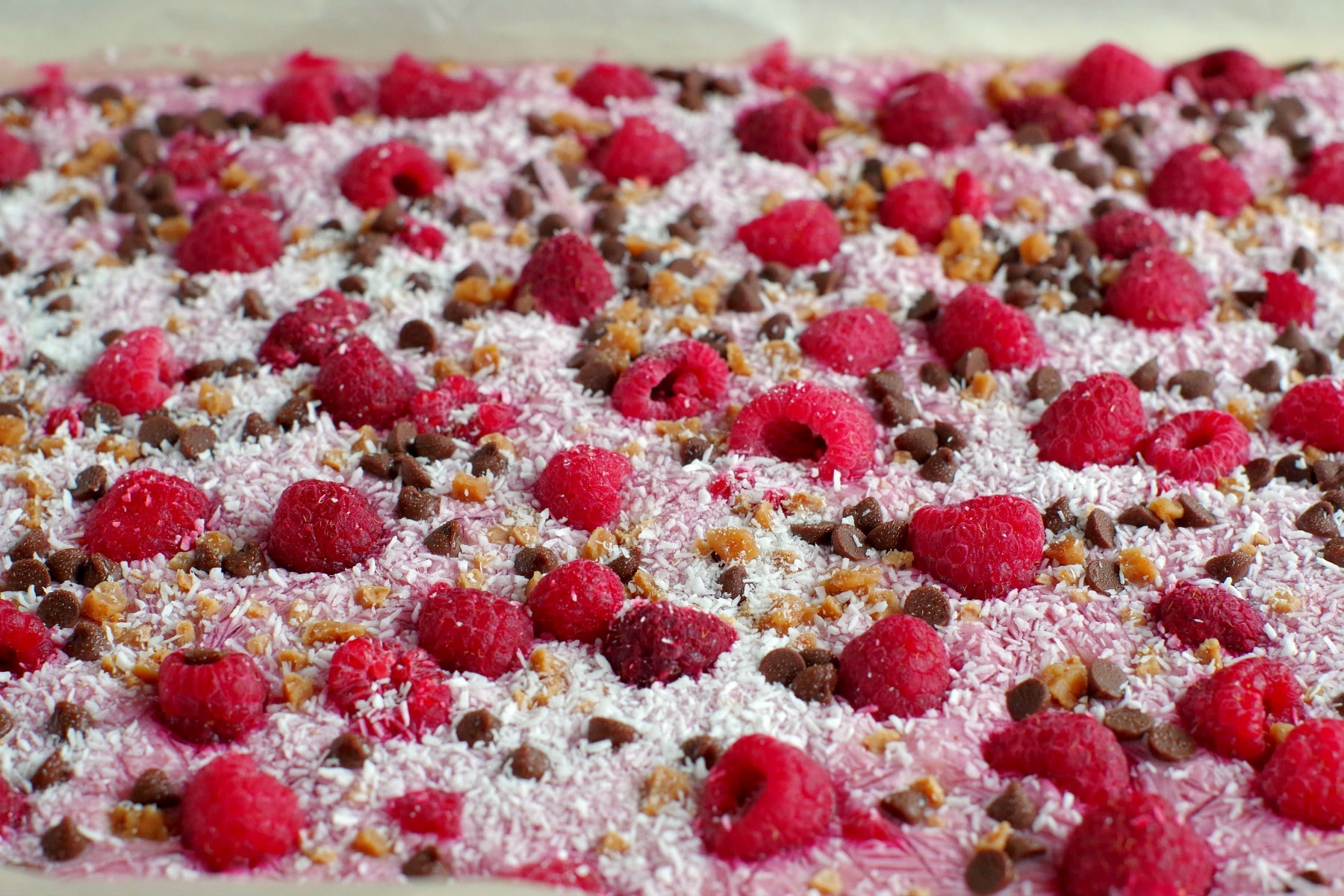 I really don’t miss ice cream when I have Weight Watchers frozen desserts like this. So, if you love frozen treats that are WW friendly too, then you’ll love this Raspberry Bliss Frozen Yogurt Bark! 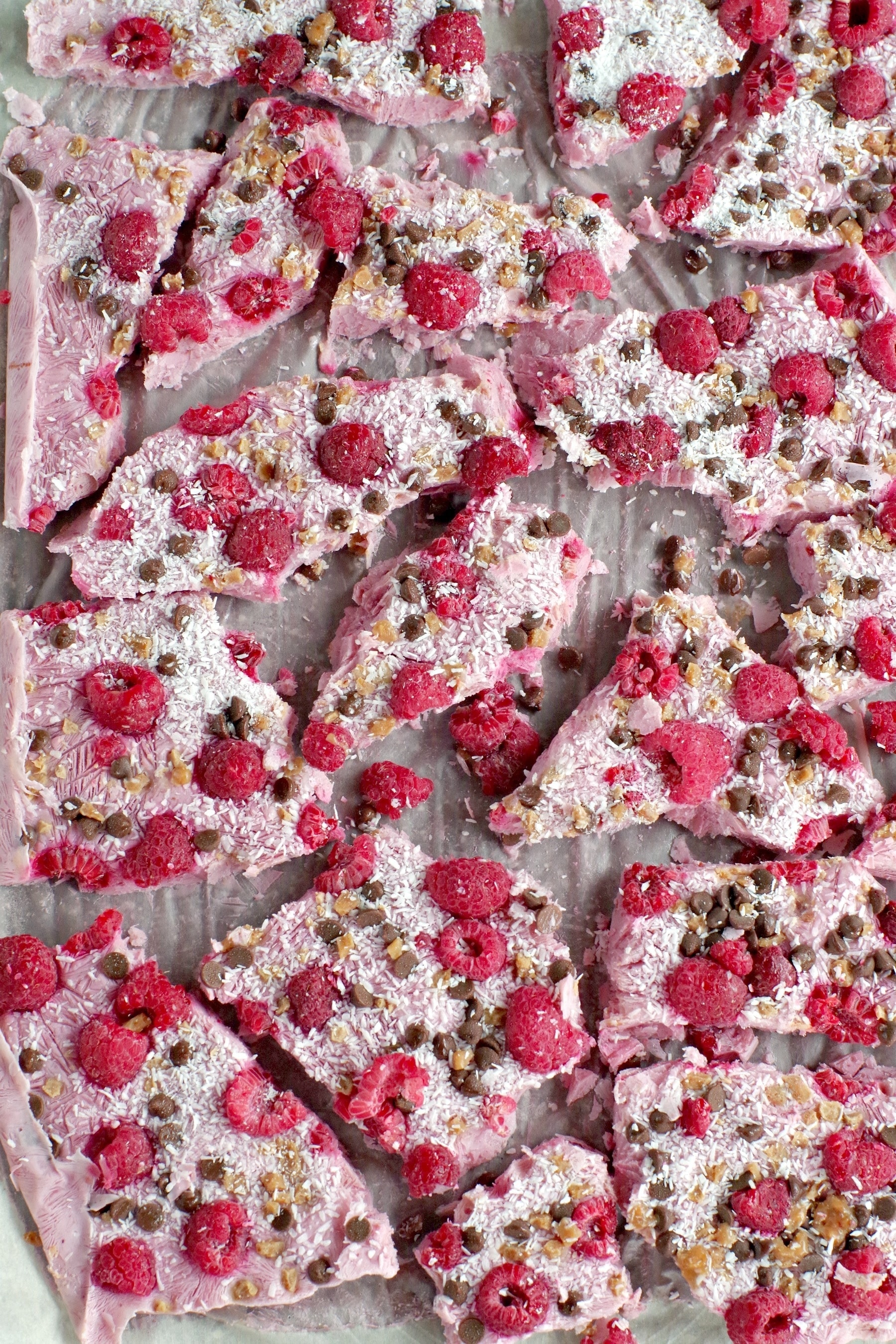 And be sure to check out my other Weight Watchers Recipes! 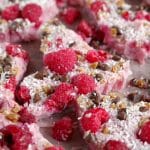 This recipe is part of the Country Cook Weekend Potluck 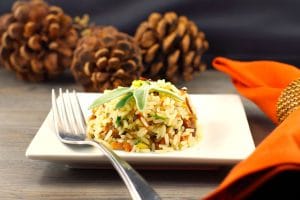