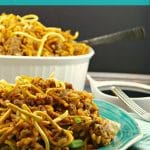 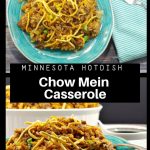 All these years I had no idea that my mother-in-law’s “Chow Mein Casserole” was actually a Minnesota Hot Dish. But it makes perfect sense, given where we’re from…. 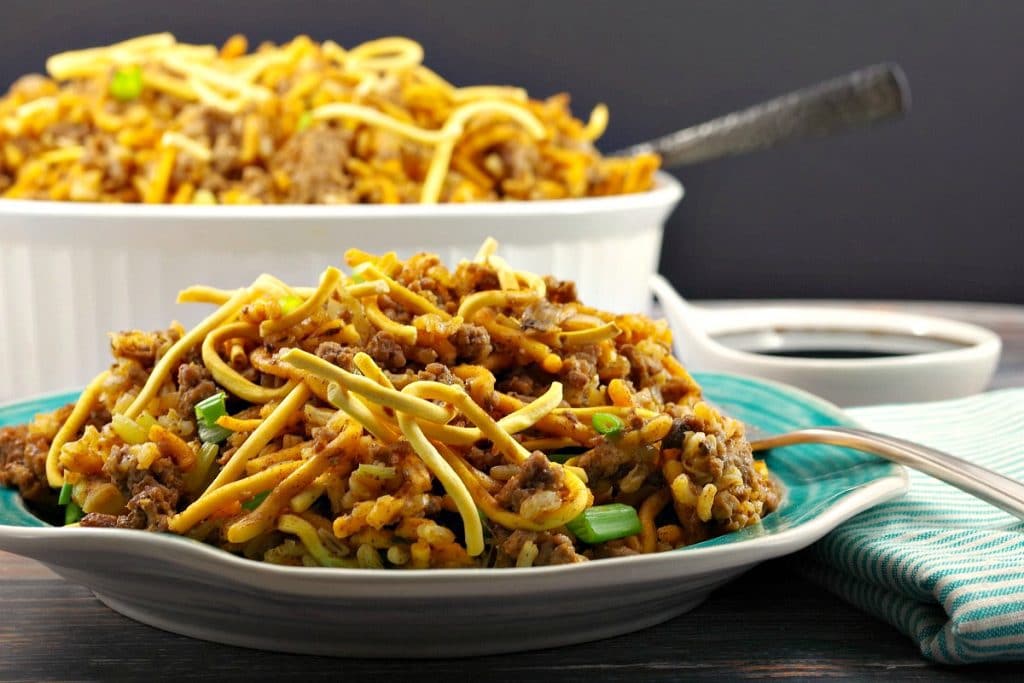 My mother-in-law passed away when my kids were pretty young, so they never really had the pleasure of enjoying her cooking. I, on the other hand, did and was fortunate enough to get many of her recipes. This recipe is one of my husband’s faves and a total comfort food to him.

One of the main reasons I started this blog was so that my kids and future generations would have my recipes. I wasn’t so lucky. And although it pains me that I don’t have any of my Baba’s recipes, I’m eternally grateful that I have many of my Mom’s, Grandma’s,  Great Grandma’s and even one of my Great Great Grandmother’s recipes for Date Nut Loaf ! And fortunately, I was able to get several of Grandma Jean’s recipes; this being one of them. I am grateful that my kids get to enjoy at least some of her cooking through me. 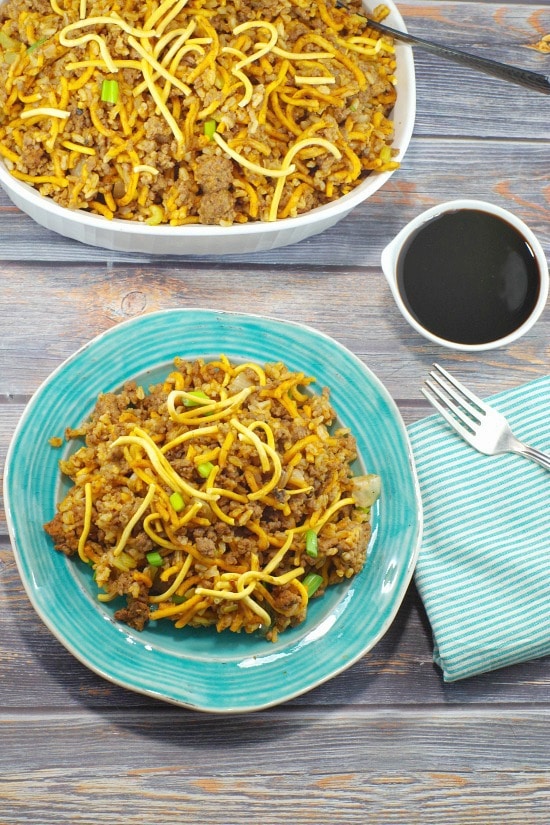 Being that we’re from Winnipeg, which happens to be in the Canadian province of Manitoba, which lies directly above the states of Minnesota and North Dakota, it now makes perfect sense that she’d have a recipe for Minnesota Hotdish in her arsenal.

When I was growing up in Winnipeg there were a lot hockey tournaments in Minnesota and we regularly billeted Minnesota hockey players in Winnipeg. I’d say we were pretty good buddies with Minnesota. And being that Minnesota was a hop skip and a jump from Winnipeg, it’s really no surprise this little gem found its way across the border! 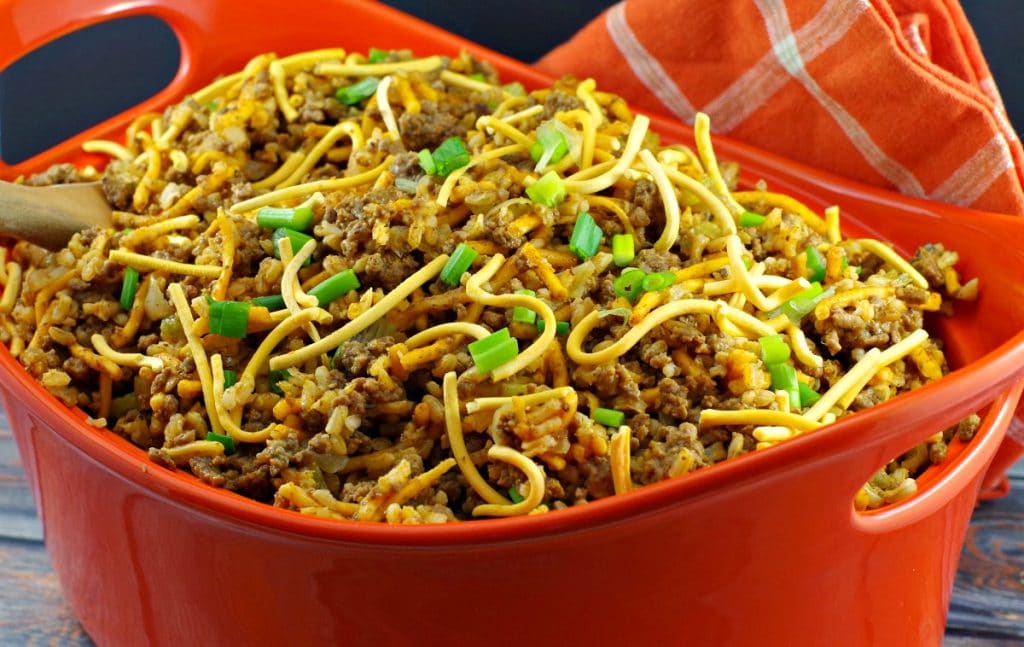 What is Minnesota Hot Dish?!

Hotdish, the unofficial state cuisine of Minnesota, is a comfort food staple found in households, not just in Minnesota, but across the Upper Midwest United States. Hotdish is a type of casserole that incorporates a mixture of simple, thrifty ingredients and dump and stir method. You can read more about it HERE.

The Anatomy of a Hot Dish:

The only difference is that this hotdish calls for celery and onion instead of the canned veggies. I usually serve it with mixed vegetables on the side, but you could easily add them to the dish! 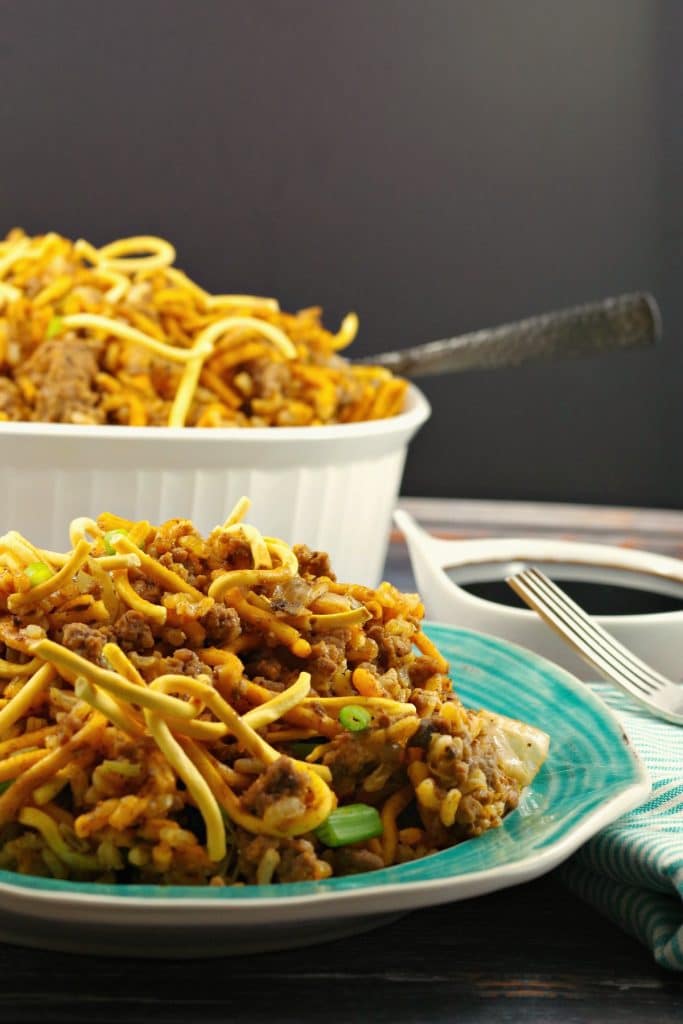 The Difference between a Casserole and a HotDish

Although all hotdishes are casseroles, the reverse is not true. Hotdish is a general term that has been used since the early 18th century and applies to South Dakota, North Dakota and Minnesota. Hot dishes use more condensed soup varieties like cream of mushroom, while casseroles often use stock, vegetable juices and wine. Both casseroles and hot dishes have become all-in-one staple meals in North America that can be found at the majority of social functions including banquets, family dinners, thanksgiving, funerals and potlucks.

Casseroles are king when it comes to easy comfort food. And if you talk to anyone from the upper midwestern United States (or Manitoba) they’ll most certainly agree that this hotdish casserole epitomizes comfort food! 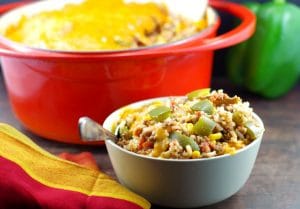 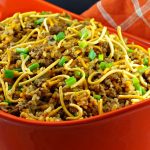 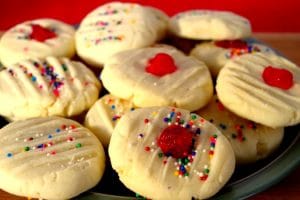