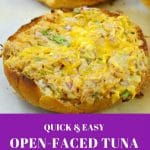 It was truly the best tuna melt I had ever had. And I really should have asked Aunt Joan for the recipe. But at the time, I didn’t think of it. And now it’s too late…. 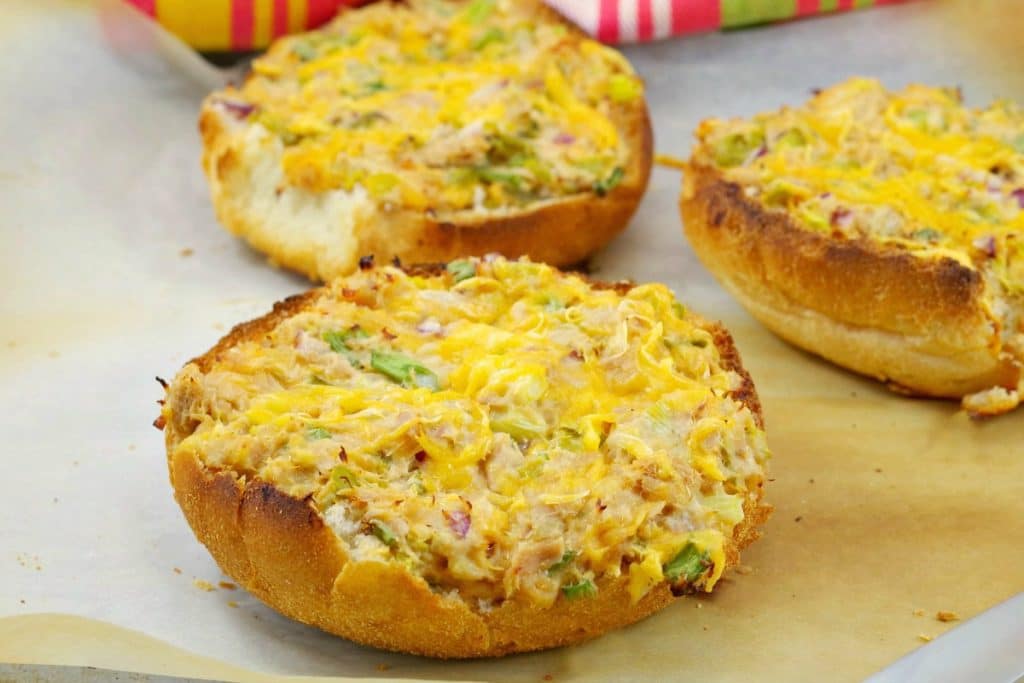 This Open Faced Tuna Melt is a little spicy, cheesy, has no mayonnaise and is loaded with flavor! It’s fast (under 20 minutes), easy and makes a great quick weeknight dinner or lunch recipe.

For many years I have thought about trying to replicate it. Since I could tell it had onions, cream cheese and cheddar cheese in it, I finally created something very close and one that maybe even rivals it.

I had mentioned to Aunt Joan that I’d be working nearby that day, so she had invited me over for lunch. And I’ll be honest, I was a bit nervous. I had never actually been alone with her; we always had buffers. I was pretty worried that it would be awkward.

Aunt Joan was my husband’s aunt. Her and Uncle Harry were the only people we knew when we moved to Calgary 25 years ago. And at first, I really didn’t think she liked me. So going over to her house to have lunch alone with her felt a bit weird.

When Aunt Joan first told me that we were having tuna melts, I have to admit that I wasn’t exactly excited. Tuna melts were fine, but not something that exactly got the salivary glands revved up. Although I’ve always liked tuna sandwiches, the only tuna melts I had when I was a kid were simple, open-faced tuna melts; basically tuna mixed with mayo, with a slice of tomato and some cheese on top of a slice of bread, then melted in the oven.

But when I tried her healthy tuna melt (no mayo) with cream cheese…Wow! It was unlike any tuna melt I had ever had. But I really should have known how delicious they would be, given what a great cook Aunt Joan was! I mean, this is the same woman that single-handedly turned a life-long turnip hater into a turnip lover with one dish- Turnip N’ Apple Casserole. Her food was not only tasty, it was just so darn comforting. And that’s exactly what I needed, given I had just moved far from home and my Mom’s comfort food (and I wasn’t much of a cook myself at the time).

Tuna melts in the oven

While I enjoy plain tuna sandwiches, I will take a hot sandwich over a cold one any day! You can read more about that here. But there’s just something about tuna melts in the oven, with warmed cream cheese, onion and melty cheddar cheese, that makes you feel so cozy. Tuna melts really are the ultimate comfort food! 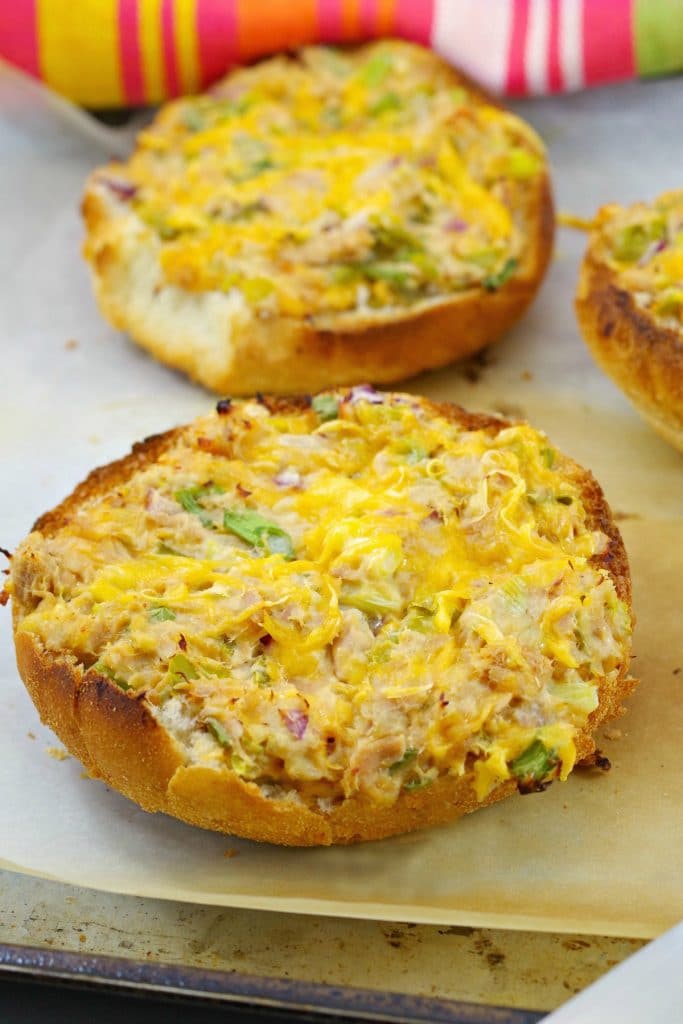 That lunch was truly a breakthrough for Aunt Joan and I. After that, we not only comfortably spent time together (even without the boys) we’d even phone each other regularly to make family plans or even just to chat. And it was during one of those phone calls she told me that she finally knew why she had been feeling so unwell- she had been diagnosed with Multiple Myeloma. At first it didn’t register, but when I got home and googled it, my heart sank. Cancer. And the prognosis was not good. She was gone in less than a year

This tuna without mayo recipe was one of the many things I never got to ask Aunt Joan about. I still make a lot of her recipes,  because not only are they delicious, they remind me of her and how her food used to bring me so much comfort and at a time when I desperately needed it.

Tuna Melts are not only quick, they are economical and healthy. If you’re racing home from work and out the door to soccer, baseball, dance, hockey or whatever another 30 – 60 minutes, later, you’ll love this meal option. You can even make the mix the night ahead for a super quick dinner!  And if you’re looking for more canned tuna recipes and love tuna melts, then check out my Two Cheese Tuna Mexi Melts for another unique take on Tuna Melts: 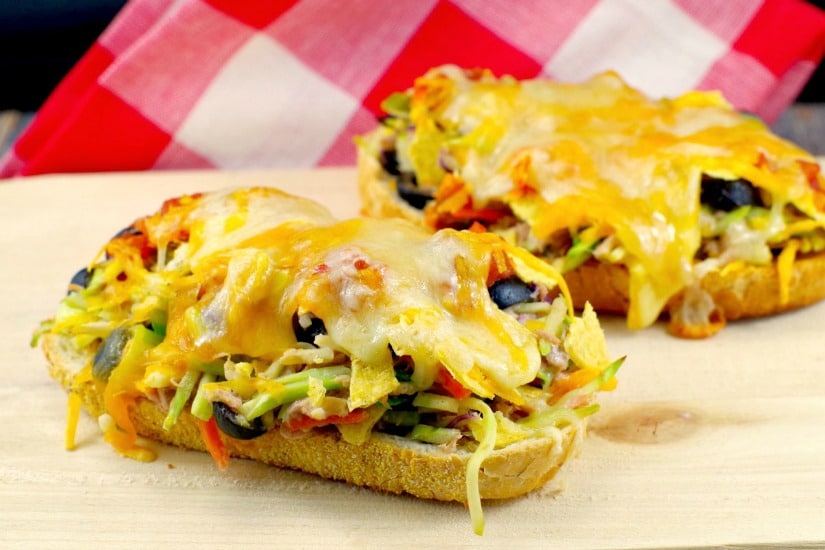 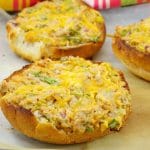 These quick and easy Open-faced Tuna Melts are made with cream cheese, no mayo, a little kick from the jalapenos and are the perfect last minute dinner or lunch. You can make them ahead and reheat, so they're also perfect for the lunch bag!
Course dinner, lunch, main
Cuisine American, Canadian
Keyword canned tuna recipe, tuna melt
Prep Time 5 minutes
Cook Time 12 minutes
Servings 4 servings
Calories 773kcal
Author Terri Gilson

*Note: You can mix this up the night before for a super quick dinner the next day! **Note: I used Tamed Jalapenos, as they have a little less heat. You can get them at pretty much any grocery store. 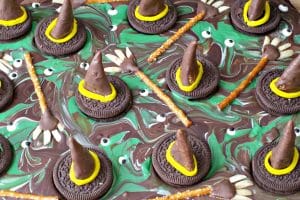 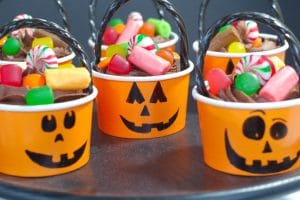