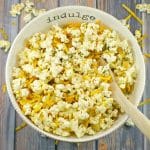 Karen’s popcorn was the big buzz around the office that first Christmas I worked in Transition Services. Apparently she’d be bringing it in to share with everyone that week, as she only made it once a year, during the holidays. 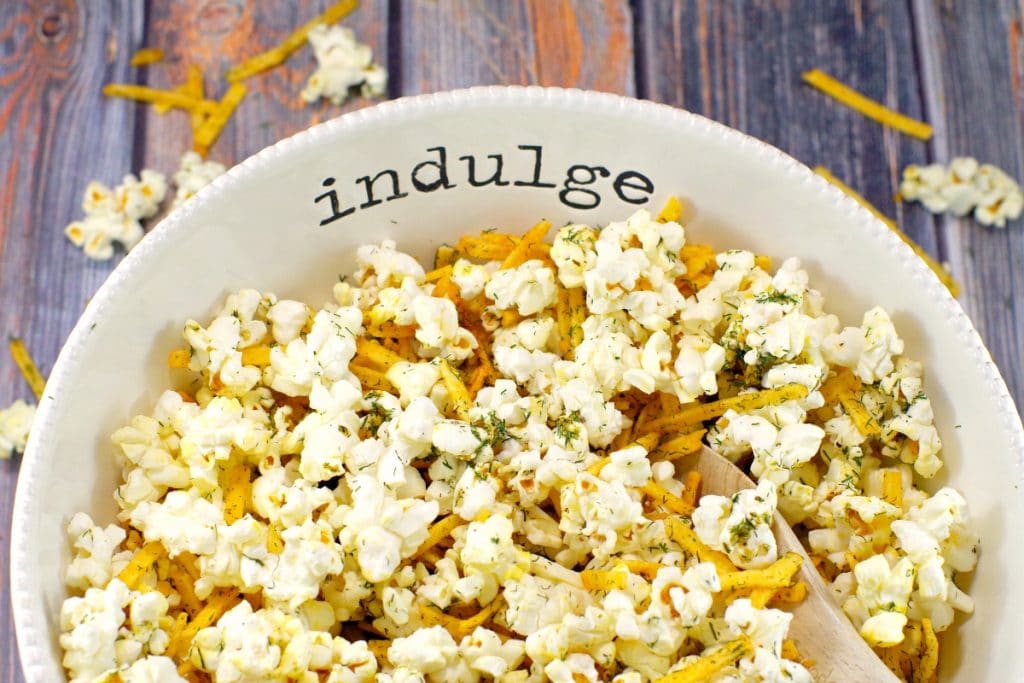 Yet, while everyone was raving about it, all I could think was, “It’s popcorn- how’s good could it be?" And even when Karen rounded my cubicle, spilling a generous sampling of her savory popcorn onto a napkin and chirped, 'just try it- you'll love it!” I felt only indifference.

But I did what any reasonable person would do if munchies were placed on their desk- I munched. And I thought that Harvest Popcorn was actually quite interesting and unique tasting and like no popcorn I’d ever had before. In fact, it was good. However, I continued about my day and didn't think much more of it. But then a strange thing happened in the days to come.

That delicious tangy, lemony, garlicky, hickory, dilly popcorn seasoning haunted me and I couldn't get that damn popcorn out of my head! It was like it had some kind of spell over me. Seriously, it was weird. And then I became obsessed (as I often do with food) and I needed to have more of that popcorn in my life! 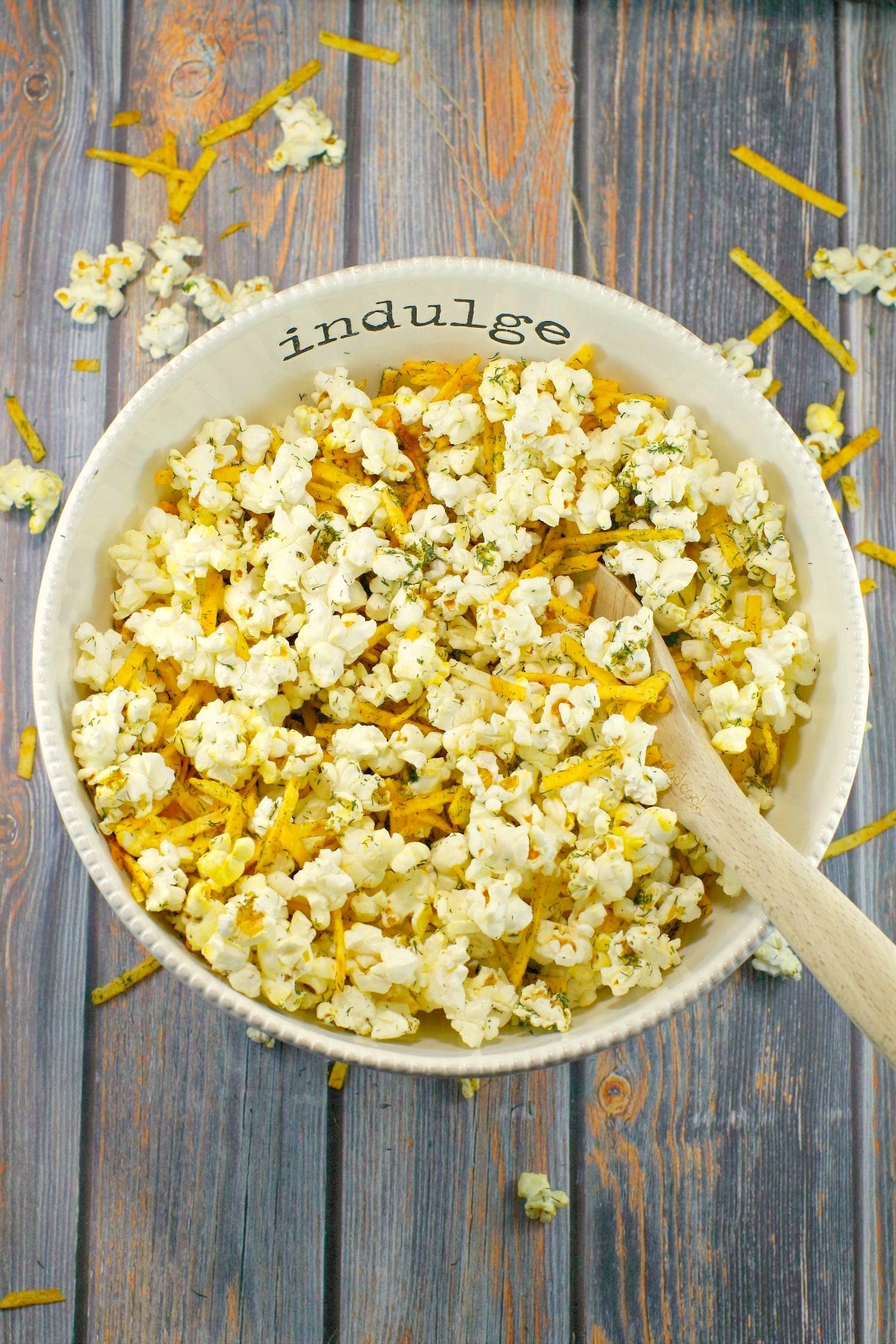 So I asked Karen for the recipe.

But when I got the recipe and looked at the steps involved and the time it took to make, I thought, "yeah right." No wonder she only made it once a year. I wouldn’t be doing that. There was baking and turning involved. Not for me. Not for popcorn. But I was torn; I really needed to eat this popcorn again. So I decided I had to try to shortcut it.

Survival of the Shortest

I love shortcut recipes and in my world it's called SURVIVAL. There are very few time-consuming recipes in my life these days that survive unless they can be shortened. Every little bit I can shave off cooking time makes a huge difference. My Shortcut Borscht is a great example of just how delicious quick, shortcut homemade food can be; it's done in 30 minutes!

So for this recipe, the first thing I did was shorten it by using microwave popcorn instead of air popping it. You could air pop it if you want, as I know there's a lot of concern over microwave popcorn these days, but I haven't owned an air popper in years. And then instead of baking it in the oven with the butter and worcestershire, I just melted the butter in the microwave and added in the worcestershire into the butter and sprinkled it on. There is no baking or turning in this recipe.

In my house this savory popcorn flavoring recipe is now known as "Mommy's Special Popcorn" because I've been making it for years now; since the kids since were little. My kids love it and it's a movie night tradition. And since it isn't just plain old microwave popcorn and has other stuff in it,  it's considered special.... 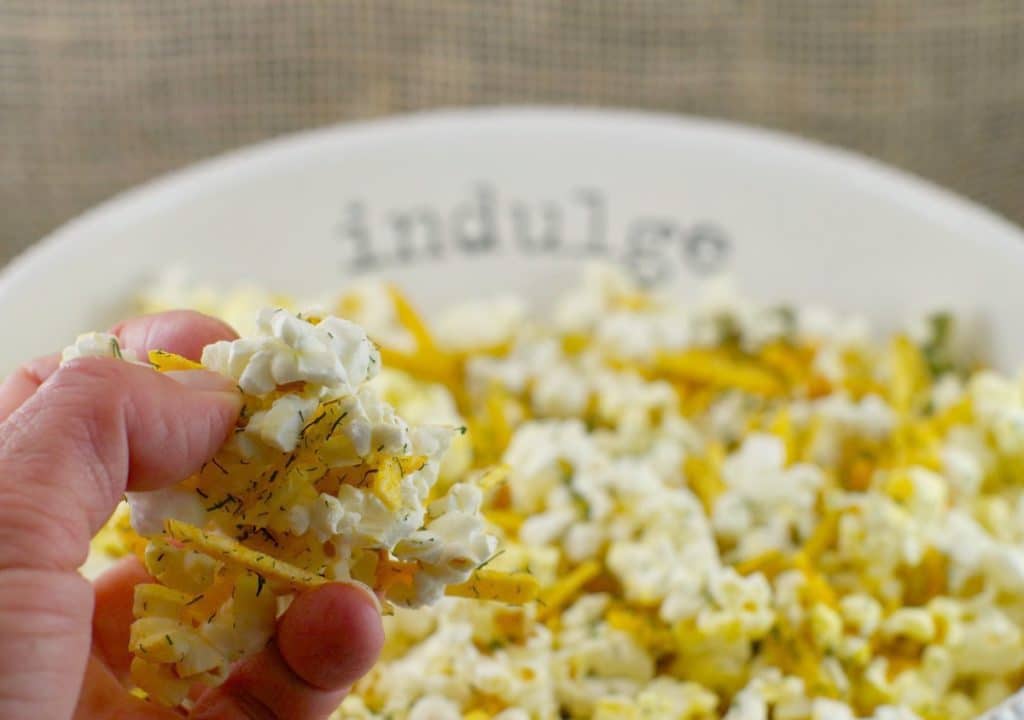 For me, it's an indulgence. Hickory sticks are pretty much the same as eating potato chips, but in stick form and with hickory flavoring. I love the little guys, but they are not exactly low calorie or weight watchers friendly. But with this popcorn, I can enjoy some of them sprinkled throughout my light (smart popcorn) and get my fix. And it’s still not nearly as bad as eating potato chips straight up! I also leave out the nuts from the original recipe because they really aren't necessary and only add extra calories.

Hickory sticks are a pretty Canadian thing, so I'm not sure how easy it is to find them outside of Canada. However,  you can order Hickory Sticks HERE (affiliate link) through Amazon and believe me, if you've never had them, you need to try them!

So, if you want to know what to put on popcorn besides butter or you are looking for a creative popcorn flavoring recipe, this quick and easy Harvest Popcorn recipe is perfect!

I only worked at that job in Transition Services a couple of years and I managed to get some really great recipes during my stint there. But by far, this Savory Harvest Popcorn was the best! And the shortcut version is just as delicious and because, let's be real, there are much better ways to spend your time than baking and turning popcorn.

If you are looking for unique snacks, give my Vegan and Gluten-free Parsnip Chips a try! 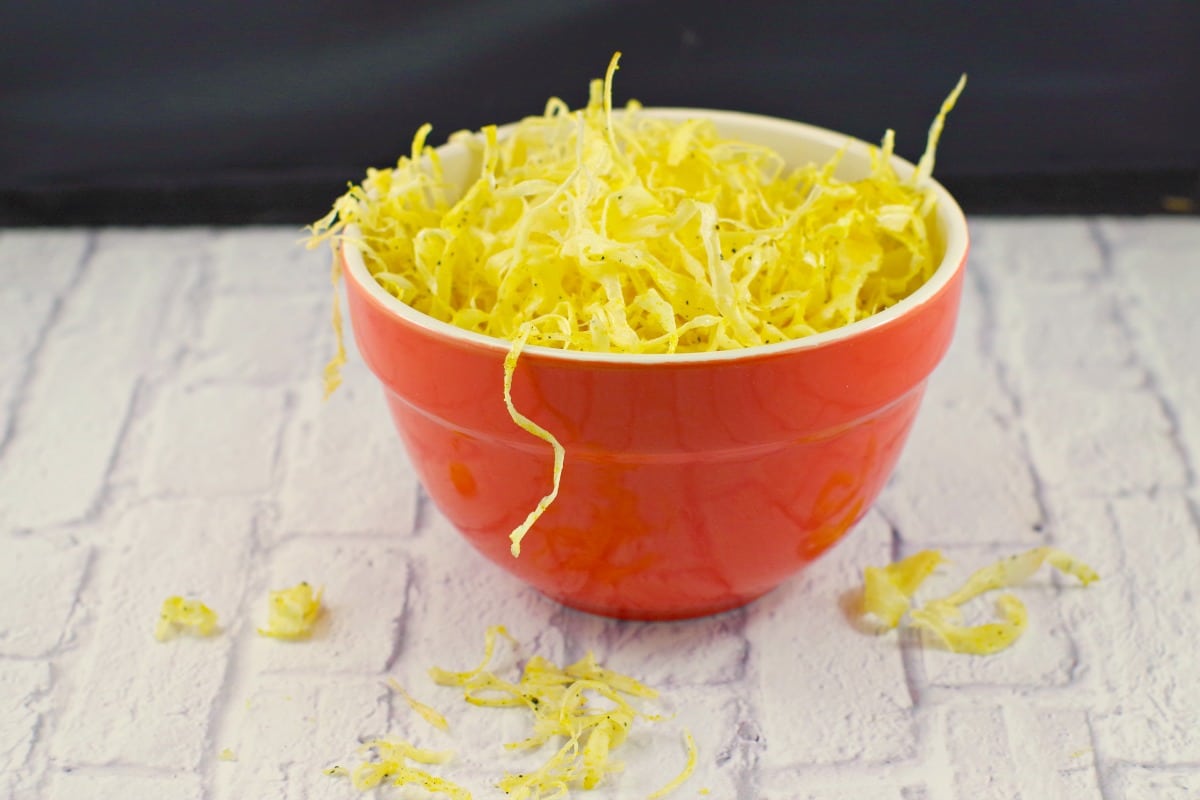 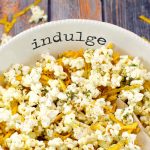 ** you can add more or less spices to your liking, as well as butter (although the butter will affect the calorie count)