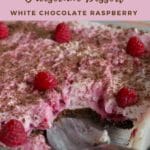 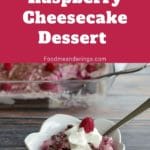 Although this Weight Watchers White Chocolate Raspberry “cheesecake" dessert tastes like cheesecake, it’s not actually cheesecake. But it’s a quick, easy and delicious dessert made with only 4 ingredients!

Simple to prepare, no bake and perfect for summer, this WW cheesecake is only 5 WW  blue points. And  no one will ever suspect it's a Weight Watchers dessert!

That being said, if you prefer to use sugar-free pudding and/or fat free pudding you can do that and it will substantially bring down the points. I just don’t do sugar-free.

Sour cream: A lot of Weight Watchers cheesecake recipes use Greek yogurt. I love using non-fat Greek (0%) yogurt in many of my WW desserts, but I find using the fat-free sour cream in this Weight Watchers cheesecake makes it richer, smoother, creamier and a little less 'tangy'. The raspberries already add a tartness to the recipe that perfectly balances the white chocolate, so Greek yogurt would be too tangy. However, if you are in a pinch, you could use Greek yogurt.

I don't know about you, but I barely bake in the summer! I am typically a big baker but I don't have air conditioning. So if it's hot, it's really not an option. And if I have to bake in the summer, I make sure it's very early in the morning or on a cooler day. My kids both have summer birthdays so I try to make no bake desserts for their birthdays. A couple of years ago I made this Weight Watchers friendly  No Bake Birthday Cake Cheesecake for my daughter's birthday and it was a hit! If you're looking for more Weight Watchers no bake desserts, see the bottom of this post.

When I make a WW dessert, I test it on my kids and I don't tell them it's Weight Watchers friendly. Then I sit back and wait for their reaction. They LOVED this WW cheesecake dessert and did not even suspect for a second that it was WW. They were even surprised when I told them. That's why this is the perfect dessert to share with your non- weight watchers friends and family!

I regularly come across posts on Facebook from fellow WW’ers looking for recipes that their whole family will love or dessert recipes to bring along to gatherings, that can be enjoyed by everyone. This is that dessert! 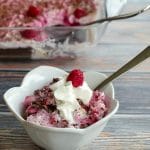 NOTE: *NOTE: Dairyland and Gay Lea Light whipped cream are brands that are only 1 WW point on the blue plan for 4 tablespoon 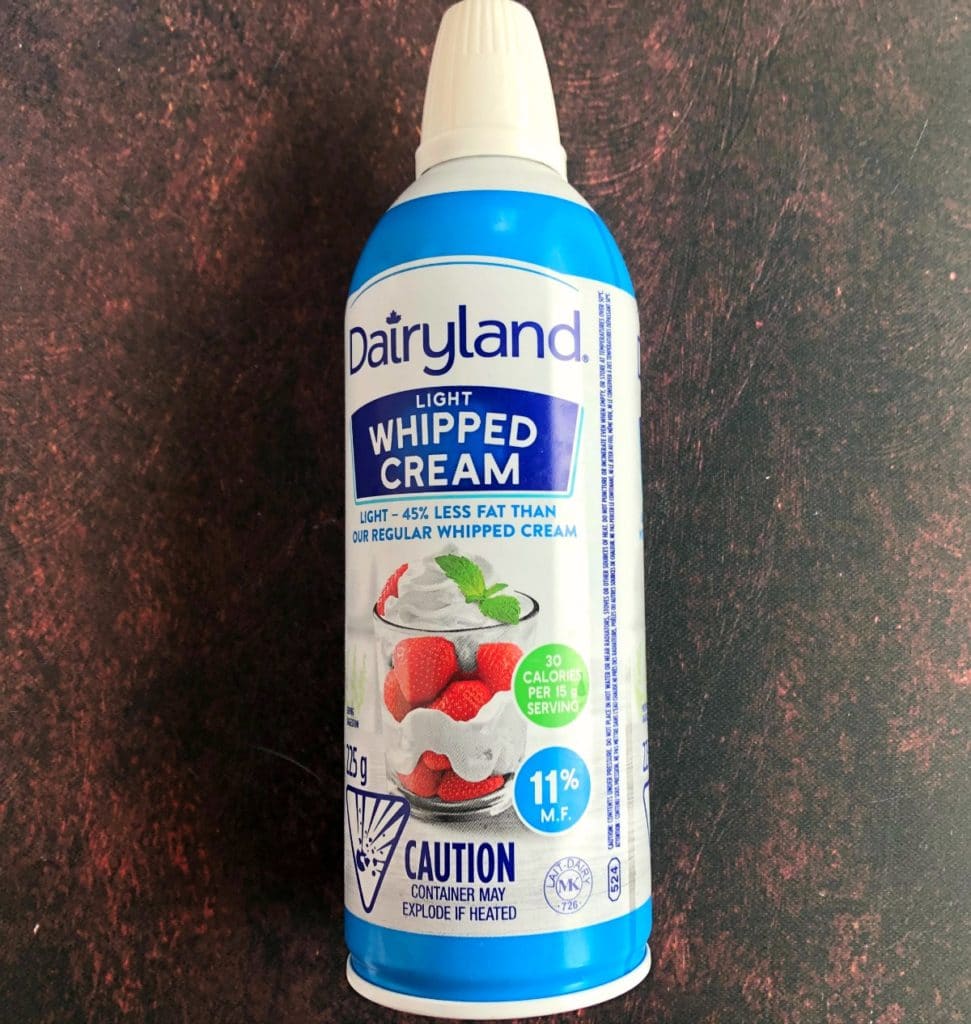