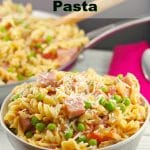 It has to do with what's on sale, trying different foods to save money on the grocery bill, or maybe a new healthy trend. Well, we went through a very long ham phase. Our local Co op grocery store kept putting them on sale and they were such a good deal, we just couldn't resist. So, I had to find LOTS of recipes for leftover ham. And this Healthy Leftover Creamy Ham Pasta with peas is one of my favorites!

But I have to admit that my least favorite food phase was our bologna phase...

Cheese: But this leftover ham pasta is an entirely different ball game! It also uses up leftover mascarpone cheese. Although you can use cream cheese instead (as the original recipe did). I just find mascarpone cheese a little smoother and less tangy than cream cheese; it's my favorite creamy cheese!

If you're looking for healthy leftover ham recipes, this one is not only uses up that leftover ham and leftover mascarpone cheese (or cream cheese). It's also quick, easy, delicious and done in 30 minutes! You may also want to try my Healthy Leftover Ham, Rice and Beans

So I guess the moral of the story is that you can only do so much with bologna, so stick to bologna sandwiches. But if you are looking for healthy leftover ham recipes, you can go waaay beyond sandwiches, starting with this delicious ham and pea pasta! 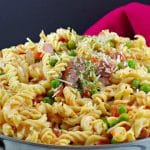 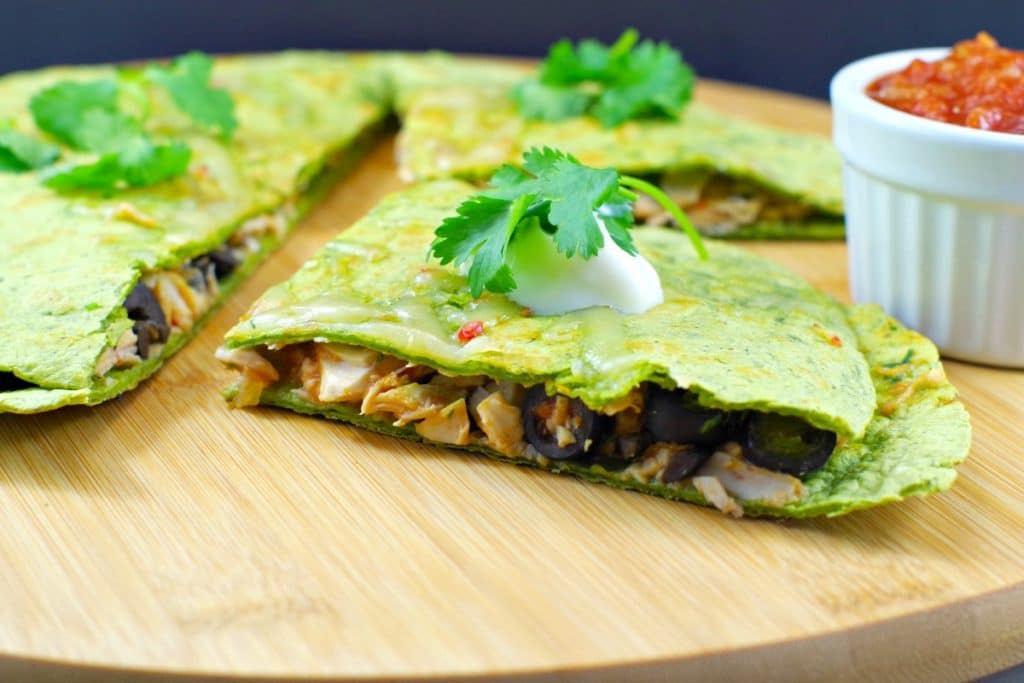