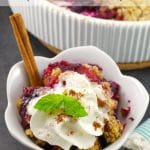 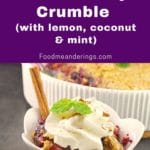 This Triple Berry Crumble is one of my favorite, quick and healthy dessert recipes. It's a simple recipe that can be thrown together last minute for a potluck or gathering. 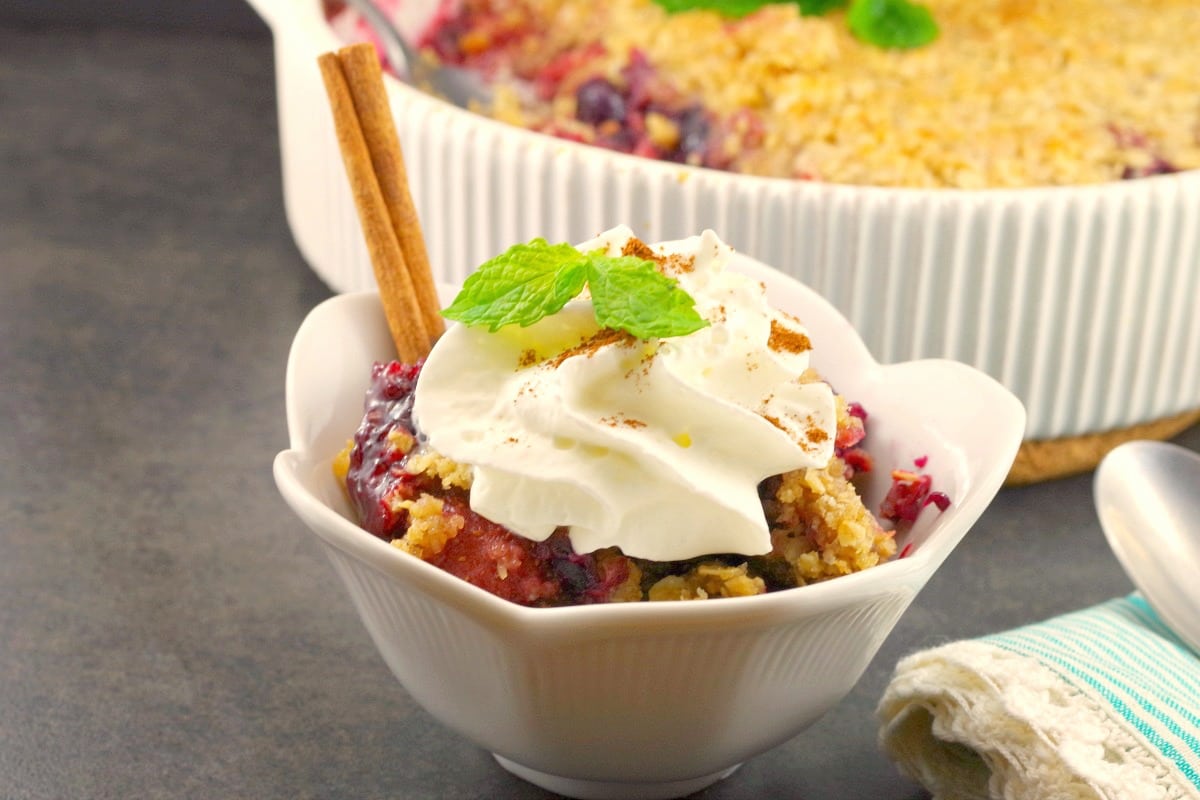 And it's the perfect easy recipe if you are charged with bringing dessert but are short on time. This version is also a little different than your typical berry crumble. But rest assured, it's also kid tested and has their seal of approval. And believe me, they are a tough crowd!

But what's the difference between a crumble and a crisp, you ask?

The Difference between Crumbles & Crisps

Now crumbles have been popularized in North America and are often associated with the deep south (United States.) The crisp, with the addition of the oats, is simply the Americanized version of a crumble.

And for your information: crumbles and crisps have a streusel-like topping, while cobblers have a biscuit topping.

The crumble has British roots and was promoted, along with cobblers, by the Ministry of Food during the Second World war, as they are filling, yet require less butter than a traditional pastry and can be made with margarine.

Triple Berry Crisp or Crumble -it's the same thing

So, whether you eat crumble or crisp these days, you're pretty much getting the same dish. My crumble has oats, so if we were to get really picky, it's technically a berry crisp (the Americanized version of the crumble). But that's really inconsequential because it's the same thing, it's delicious and that's all you really need to worry about! 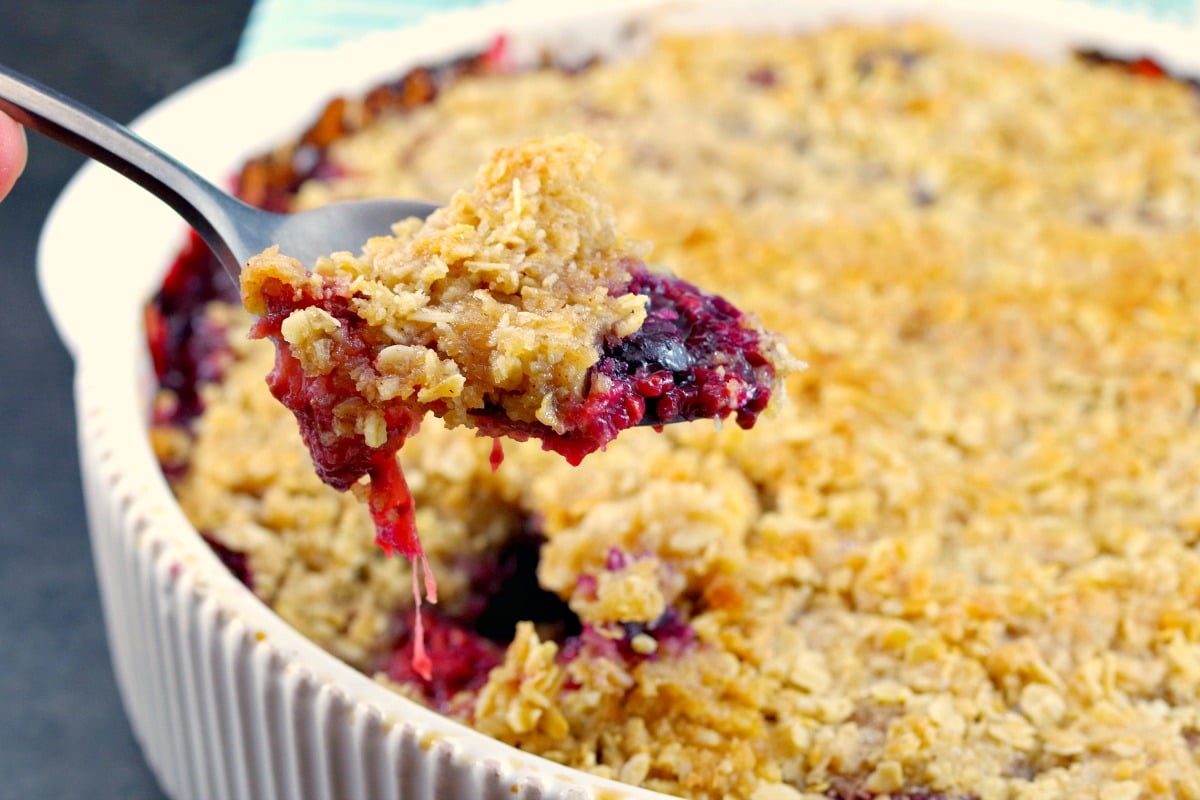 This quick, easy and healthy Mixed Berry Crumble is made with frozen mixed berries, so it's great for a last minute dessert because it uses ingredients you already have on hand (like butter, frozen berries and oats)! The addition of coconut, fresh mint and lemon make it unique and fresh tasting! 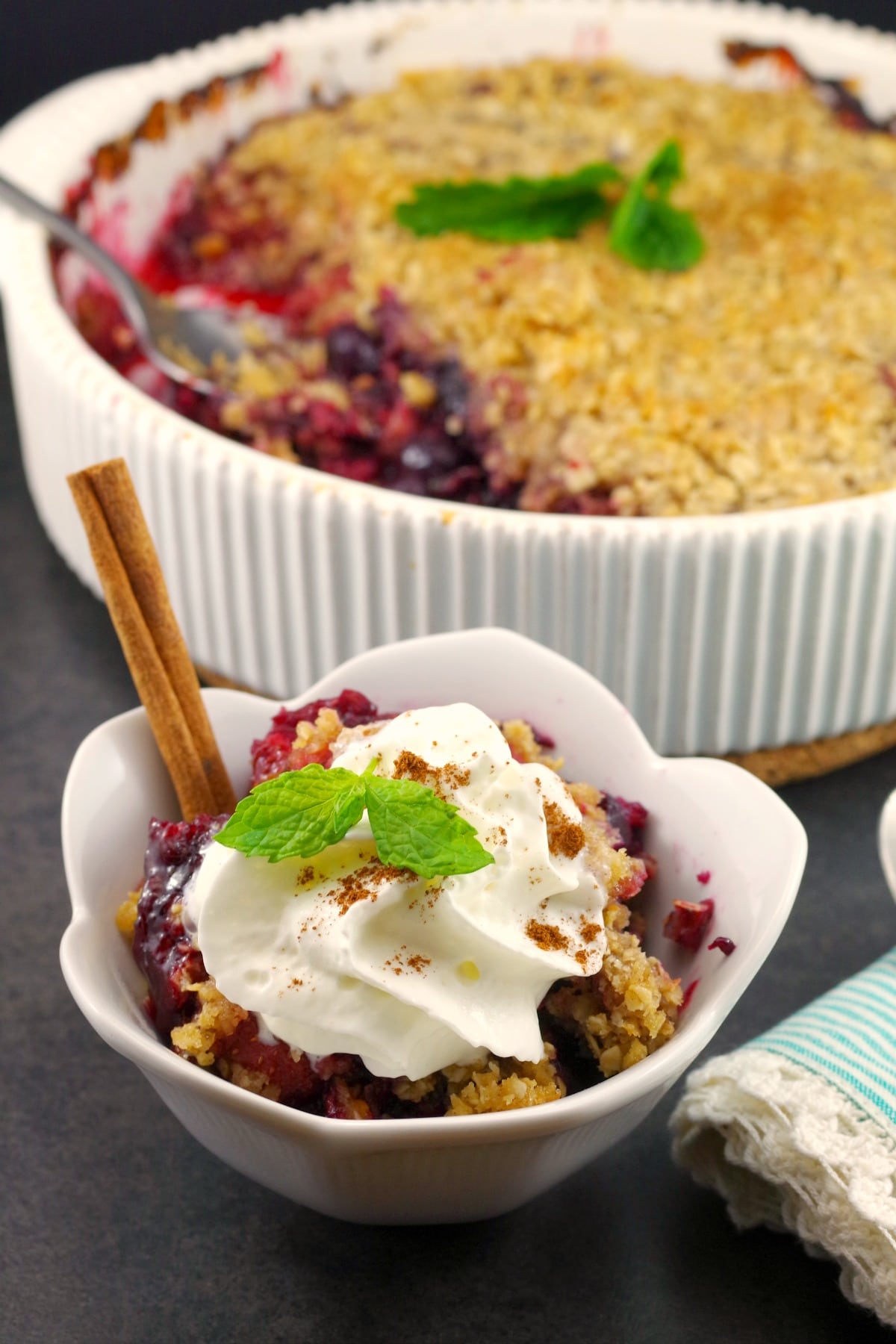 I make this berry crumble when I need something fast and simple and don't even have time to go to the grocery store. This is made with staples that most people have on hand, like butter, oats and frozen berries. But I wanted a crumble that was a little different than the usual so I spiked this crumble recipe with some fresh mint and lemon zest, as it gives it a nice fresh, unique taste. I have started growing mint, so I don't even have to go to the grocery store for that! But if you don't have any, it really is worth the trip to the grocery store. And mint tends to last longer than other fresh herbs, in my experience. Then I added some unsweetened coconut to the topping - this gives it a really nice flavor boost!

I also use grated butter in my streusel topping, as I'm not a fan of cutting in butter and it's so much easier to work with. If you FREEZE your butter and grate it into the recipe with a cheese grater, it's much easier and less messy than using a pastry cutter! This discovery was seriously life-altering for me 🙂 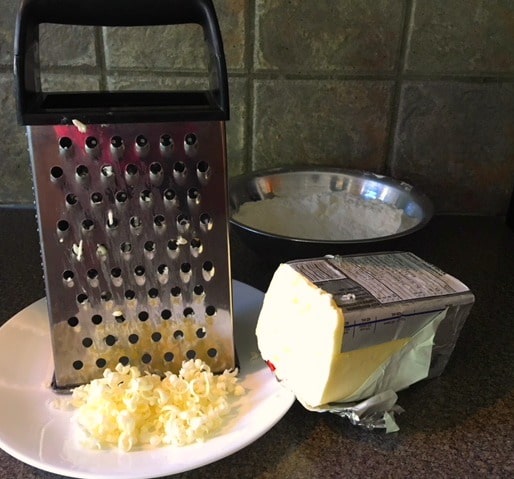 So, if you are not up for something overly involved, looking for a frozen mixed berry dessert recipe and need a delicious, quick and comforting dessert, then give this Healthy Berry Crisp Recipe a try.

And if you are looking for additional easy, make-ahead and delicious potluck desserts, check out this recipe! 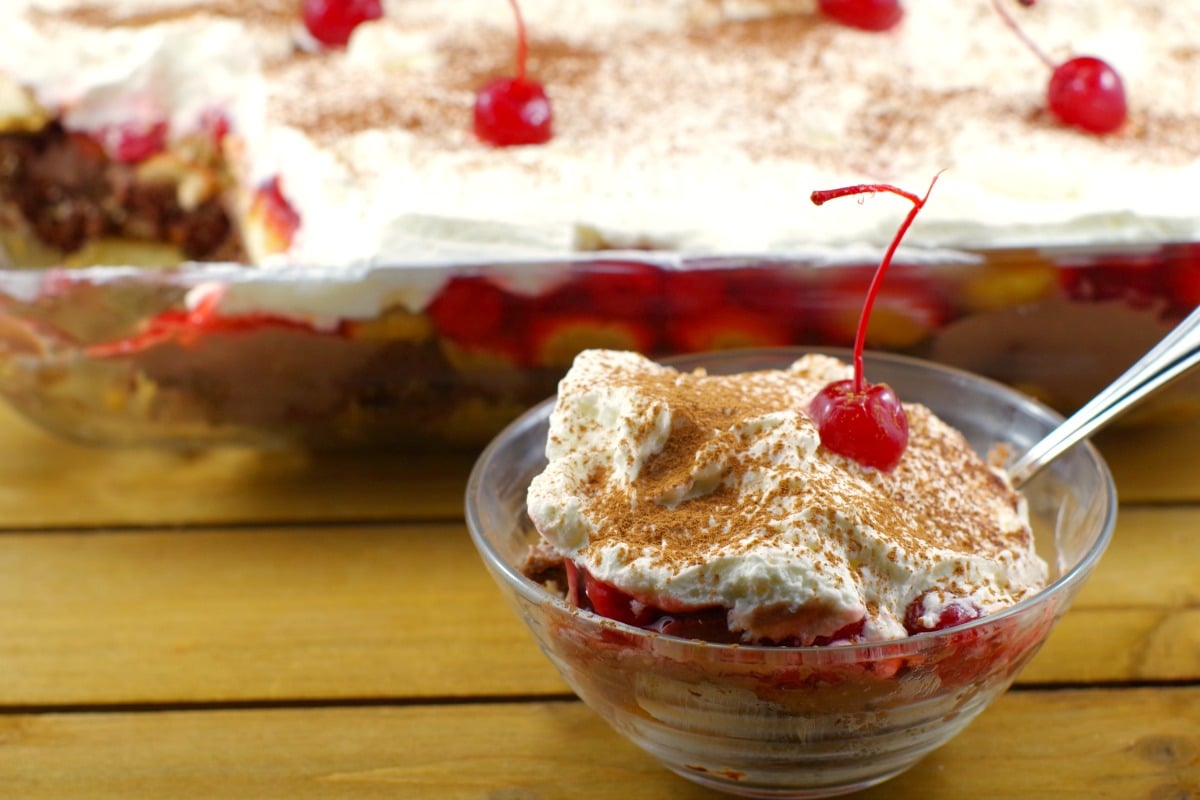 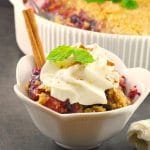