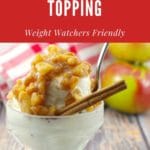 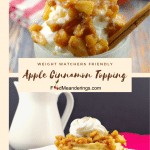 I’d say I’m more of a vegetable than fruit girl. And since I have to pretty much force myself to eat fruit, I often end up with a lot of distressed fruit in my house.

Next to bananas (that is another story entirely), among the distressed are most commonly apples. Therefore, I’m always looking for yummy things to do with overripe apples. If you’re the same, then this Apple Cinnamon Topping recipe is for you!

This recipe was inspired by the Cinnamon Apple Topping for Pancakes that I had at IHOP in the United States years ago. But I wanted to reduce the calorie count and make a Weight Watchers friendlier version, so here it is! This apple topping makes a great topper for pancakes, waffles or frozen yogurt, ice cream, nice cream or Greek yogurt. It is unbelievably delicious and I have cut the points to 4 WW points on the blue plan!

But I need to be clear about something….this isn’t some boring old apple compote, which is, in essence, just chunky apple sauce anyway. This apple topping has much more depth of flavor; it’s rich and buttery with maple undertones.

There are some things you can only get in the States and IHOP food used to be one of them. We always used to hit an IHOP on our summer vacations and that’s where I fell in love with this apple topping. Sadly, although we now have IHOP in Canada,  the Canadian IHOP doesn’t have any apple topping on their menu.

This topping is amazing with my Weight Watchers friendly IHOP copycat Harvest Grain & Nut Pancakes! That’s how I originally tried it and it’s a match made in heaven…. 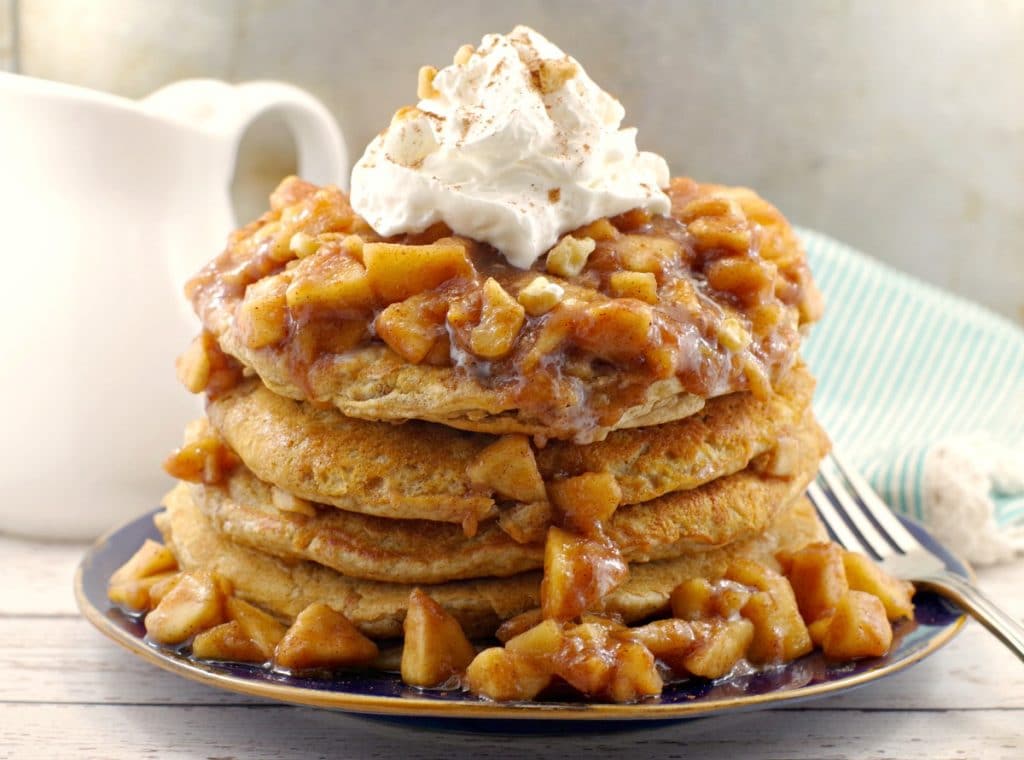 What to do with overripe apples

Apples don’t seem to last very long and I’m always trying to find things to do with them, along my other distressed fruit so that they don’t go to waste. I love this recipe because it’s quick and easy to make. It’s a good thing that’s the case because it only lasts about an hour in my house! I also put distressed fruit to use in my Sugar-free Pure Fruit Popsicles  or make Apple Pie Cookies with overripe apples! 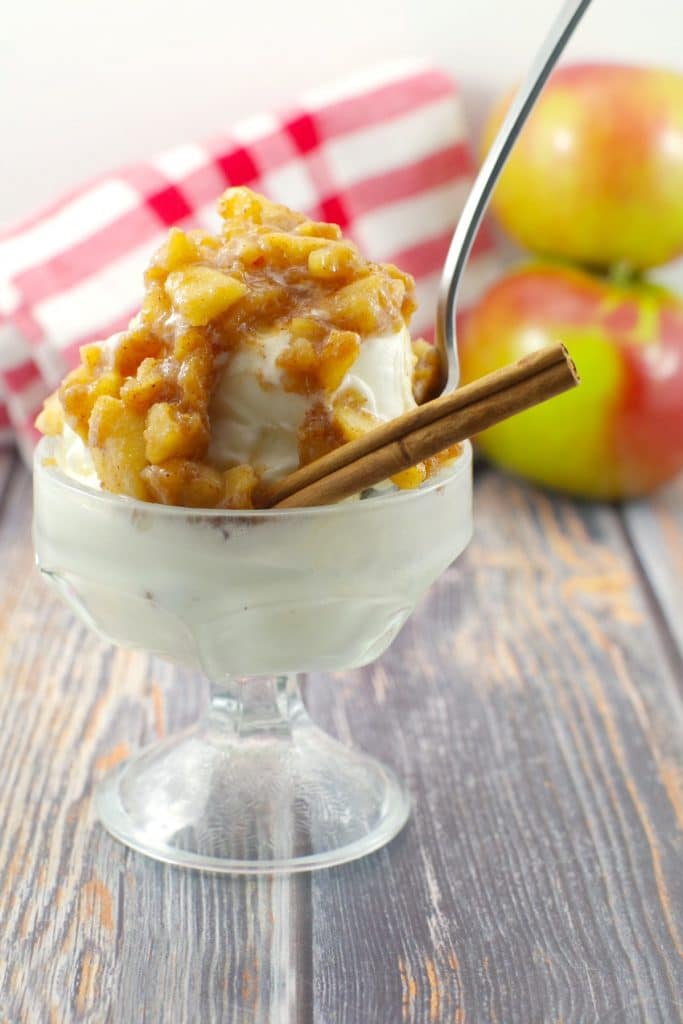 So I’m urging you, before it’s too late, save your distressed apples and make this amazing Weight Watchers Apple Cinnamon Topping! 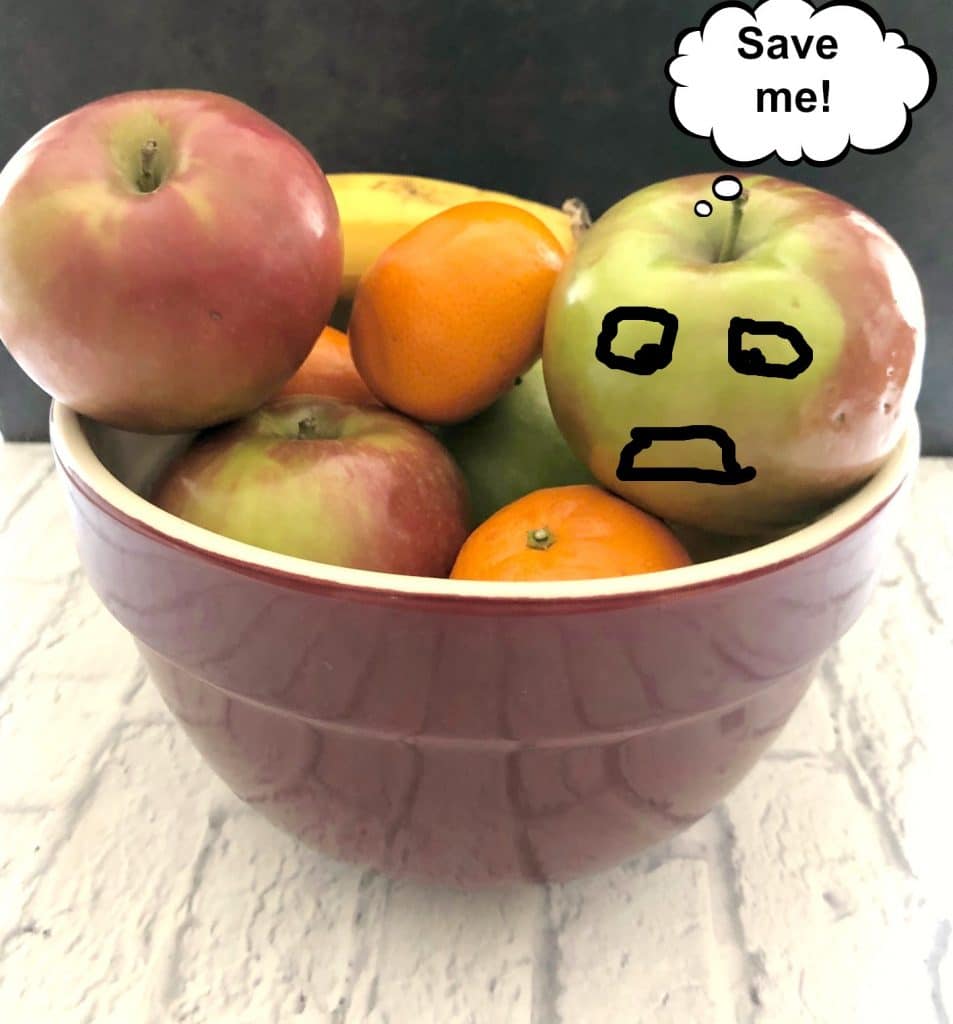 This Apple Cinnamon Topping is inspired by IHOP's Cinnamon Apple Pancake topping. But I’ve reduced the calories and made it Weight Watchers friendlier @ only 4 WW points per serving on the blue plan. So, if you're looking for a way to use up your overripe apples or simply have too many apples, this Apple Cinnamon Topping is perfect on pancakes, waffles, yogurt, frozen yogurt or ice cream!
Course Breakfast, Dessert, Snack
Cuisine American, Canadian, North American
Keyword apple, cinnamon, topping
Prep Time 10 minutes
Cook Time 10 minutes
Total Time 20 minutes
Servings 9 servings
Calories 79kcal
Author Terri Gilson 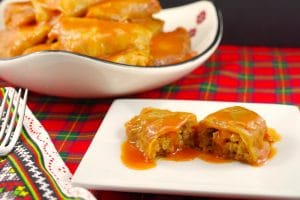