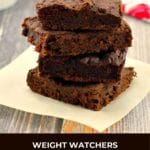 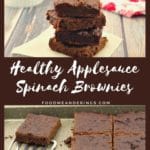 I don't think I've ever met a brownie I didn't like. But what I don't like is all the calories, fat and sugar! So I love to find ways to cut those down, without sacrificing taste. 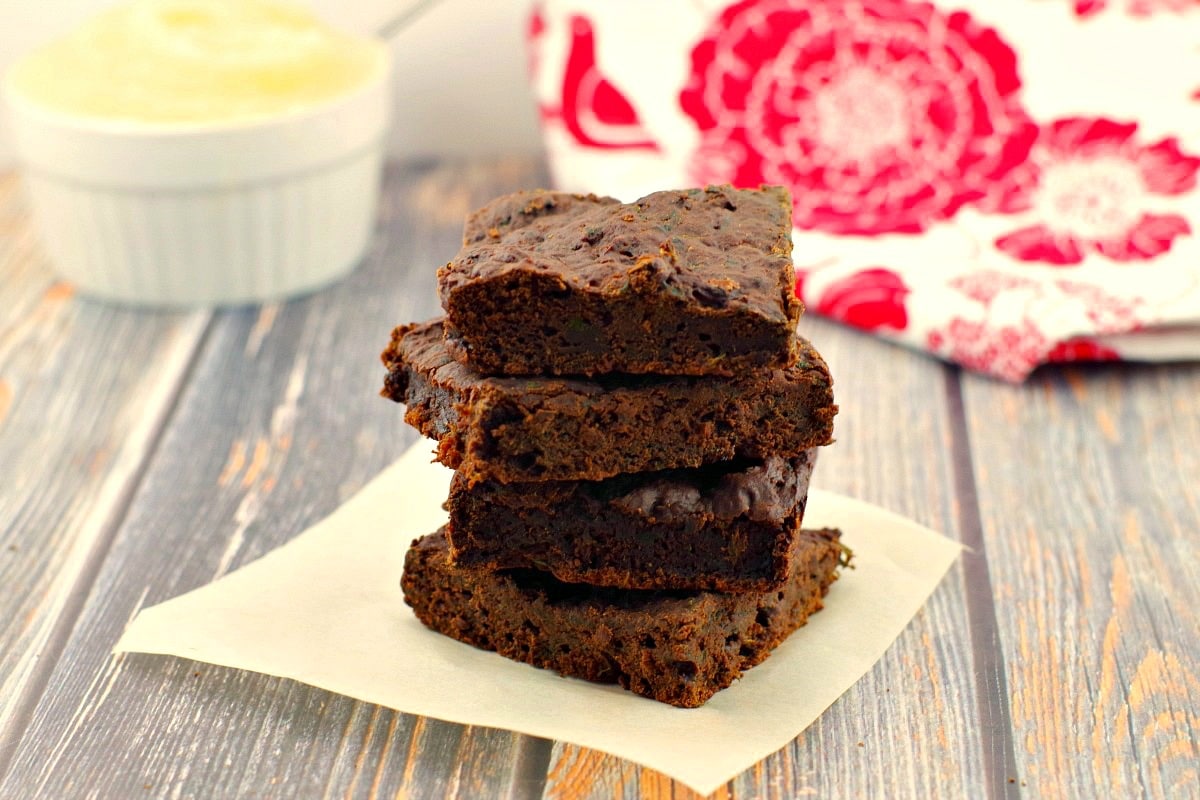 And I have totally succeeded with this recipe! I was blown away by how delicious these Healthy Applesauce & Spinach Brownies are, at only 3 Weight Watchers points on the blue plan per brownie! And they are fairly substantial sized brownies too. Being on Weight Watchers does not mean giving up chocolate. Anyway, I really don't think I could follow a weight loss program that didn't allow me to eat chocolate. That's simply unrealistic, not to mention cruel.

I have always struggled to find tasty, healthy and weight watchers friendly chocolate desserts. And I had a really tough time finding an easy healthy chocolate brownies recipe that met all those requirements, that is, until I created this recipe! These spinach brownies are so good, you won't even believe they are low-fat and healthy too.

I'm also huge fan of veggies in my dessert. It just makes me feel like I'm eating something healthier and actually getting some vitamins with my chocolate. And therefore I feel less guilty. Here are some more dessert recipes with veggies:

I tried spinach brownies years ago and was pleasantly surprised. My kids also love these brownies with spinach too, even after they found out there was spinach in them. But when they were smaller, I would hide veggies in my brownies. Although there are those that believe you shouldn't trick your kids into eating vegetables by 'hiding' them in food,  I am all for hiding veggies in food!

"Whatever it takes", is my motto. I've heard the argument that you need to teach kids to get used to eating veggies,  straight up, right from the start. And although I always tried to  get them to eat veggies in their original state, a little bit of extra healthy stuff hidden in dessert never hurt anyone! Plus, slipping extra veggies into my baking or sauces and soups (where it was appropriate) is something I've always done, long before I even had kids. I see it as a bonus.

I believe vegetables definitely have a place in desserts! This delicious Healthy Tropical Green Chocolate Chip Cookies Recipe  is also made with spinach and another example of a delicious sweet with made with veggies. It's so tasty won the Old Farmer's Almanac Spinach contest in 2017.

And kids love my Healthy Jello Fruit and Veggie Snacks (as do adults!)

Jessica Seinfeld's book, "Deceptively Delicious" came out when my kids were little. She included a lot of really great recipes with vegetable purees, including a spinach brownie recipe. But she advocated that you have a routine and devote a great deal of time each week to steaming, pureeing and freezing vegetables. I don't have that kind of time on my hands, so I make them as needed. In this recipe I used the microwave to quickly steam the spinach, then pureed it.

This Healthy Applesauce Brownie with spinach is the hybrid of Jessica Seinfeld's spinach brownies, another low-fat brownie that I got out of newspaper almost 30 years ago, and a 3rd spinach brownie recipe that I got from I don't know where, mixed in with a dash of my own creativity!

Some of the fat in these Weight Watchers friendly low-fat brownies is replaced with unsweetened applesauce. And although applesauce is a great replacement for fat (butter, oil etc) in baking, you need to be careful with it, as it can give your baked goods a chewy texture. But not these guys - these Weight Watchers Brownies are the perfect texture!

It's important to cool these brownies completely so you don't taste the spinach! 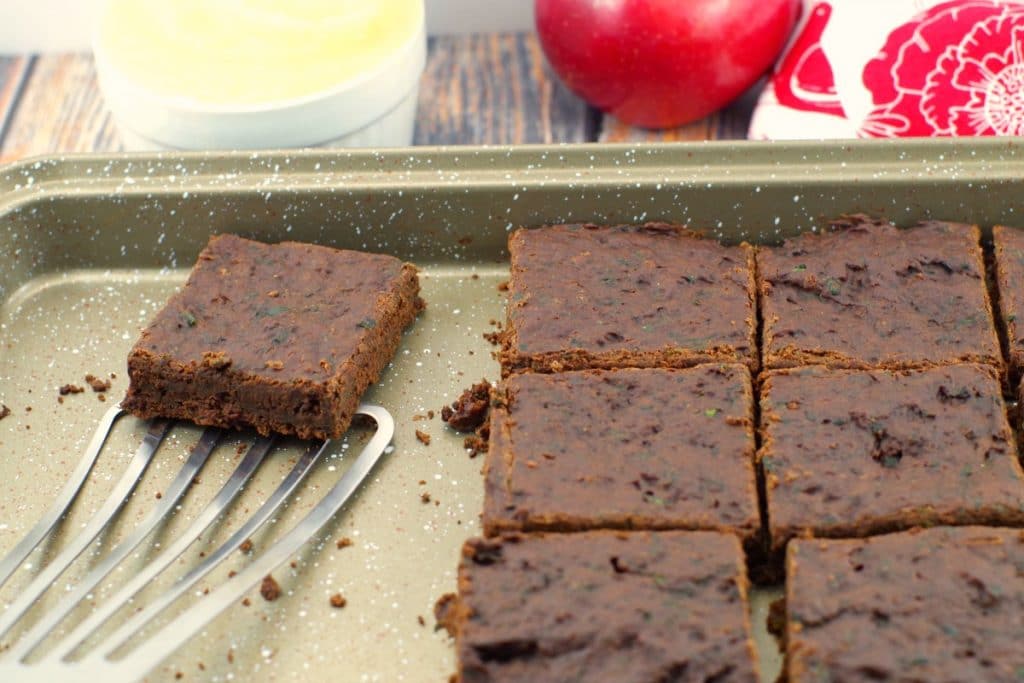 So, if you are looking for low-fat, low-calorie and healthy spinach brownie recipe that won't blow all your WW points, then give these a try. They also make a great lunchbox snack or dessert for you and the kids! 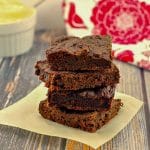 *NOTE: It's important to cool these brownies completely or they may have an odd taste from the spinach **NOTE: These come out as 3 points when I create them in the WW app, but higher when you use the nutritional calculator on here. My Amazon Recommendations (affiliate links)
Nutrition Facts
📋 Healthy Applesauce & Spinach Brownie Recipe
Amount Per Serving (1 brownie)
Calories 135 Calories from Fat 36
% Daily Value*
Fat 4g6%
Saturated Fat 3g19%
Cholesterol 1mg0%
Sodium 53mg2%
Potassium 150mg4%
Carbohydrates 25g8%
Fiber 2g8%
Sugar 16g18%
Protein 3g6%
Vitamin A 135IU3%
Vitamin C 1mg1%
Calcium 28mg3%
Iron 1mg6%
* Percent Daily Values are based on a 2000 calorie diet.